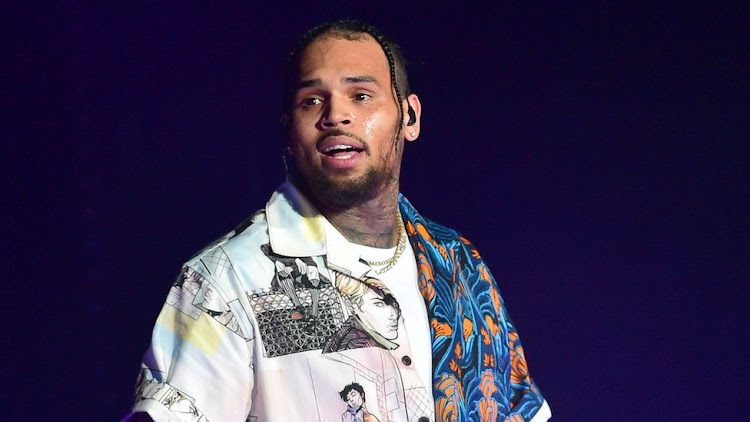 Chris Brown has finally set the records straight in regards to a rape case he'd been facing.

Brown was being sued for a whopping $20M

According to TMZ, the singer insists the voicemails and texts she sent after their encounter proves that it was consensual.

The thread of texts began shortly after he and the anonymous accuser hooked up on a yacht in Miami back in 2020 December, and continued for several months.

In the texts, the BET award winner tells the woman she should take a Plan B pill after their encounter, and she responds that she will, and adds "…I wanna f**k u tonight at midnight lol."

A few months later, after she and Chris apparently talked about meeting up again, but never did, the woman sent him a nude selfie accompanied by a text "U were honestly the best d**k I've had lol I just want it again.”

However, Chris didn't respond, which seemed to get her irritated, she texted, "U knew full well I wasn't pressing u bout no d**k. U told me to stay and then gonna try to play me? Nah that's crazy I didn't deserve that but u def got it."

She later sent a voicemail, which Chris posted on his IG, she says, "I just want to see you again ... just let me know. If you want me to leave you alone, I will. But I really just wanna f**k the s**t again."

Chris Brown clearly feels liberated as he posted on social media saying, "No more dragging me through the mud. CLEARLY, YOU CAN ALL SEE THE (blue cap emoji)."

He added that he's planning to sue the accuser because "You don't play with people's lives like that."

It's been noted that the accuser’s lawyer is dropping her. 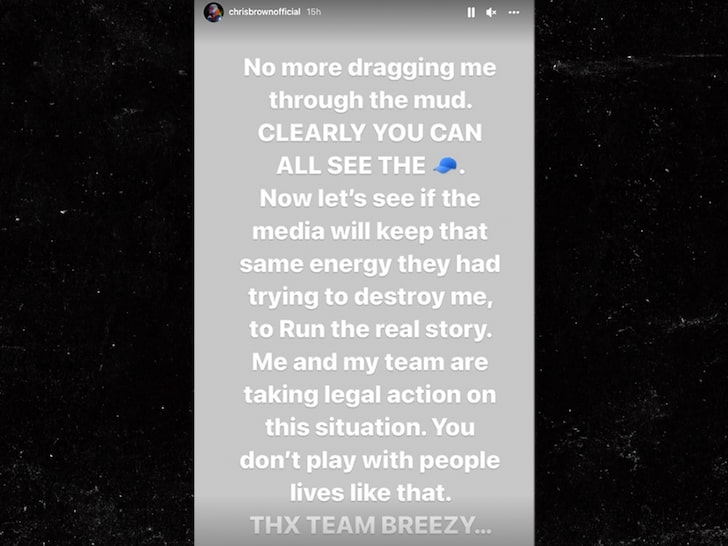 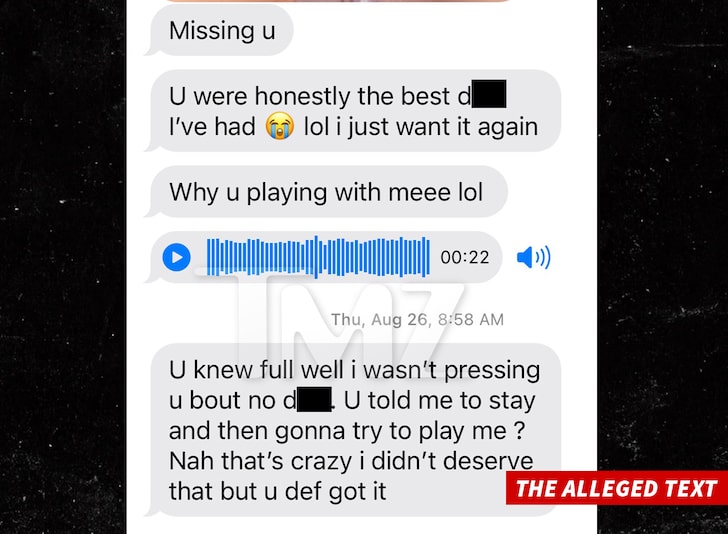