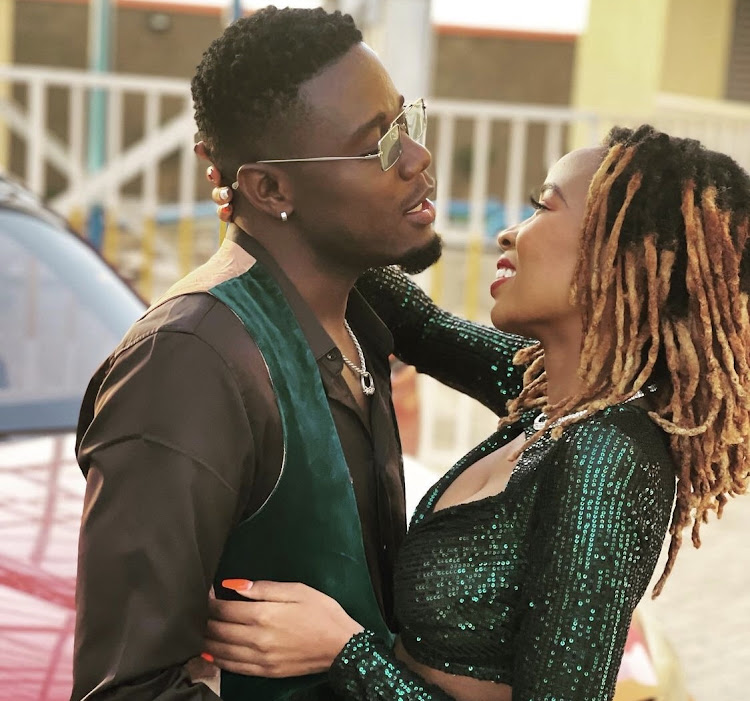 This comes after a photo of the two being cozy surfaced the interwebs ruffling many feathers with guys calling Sonnie for moving on with a married man.

In fact, there was a video of Madini Classic's wife Kajuju Mwenda crying hysterically on Instagram live with many blaming Carrol for breaking her heart.

However, Sonnie has finally revealed that the photo of them in each other's arms is just for an upcoming music video by Madini where she is featured as a vixen.

Sonnie says she was left shocked by people who are riding with the wave and end up tarnishing her brand.

Don’t be fooled, it’s a music video. It’s really sad how some individuals are taking advantage of all this and trying to tarnish my brand. I’ve been quite but this doesn’t mean I’m stupid. Hata Kama Ni Kiki this has gotten too far. Wacha heshima idumu na tupige kazi bila makasiriko!!!!

She further added, to my fans, poleni for the misunderstanding that was brought by the other parties. This is purely work. Don’t be played‼️

Sonnie went ahead and shared a behind the scenes video of them shooting the project.

I haven't seen my daughter in two months, Mulamwah