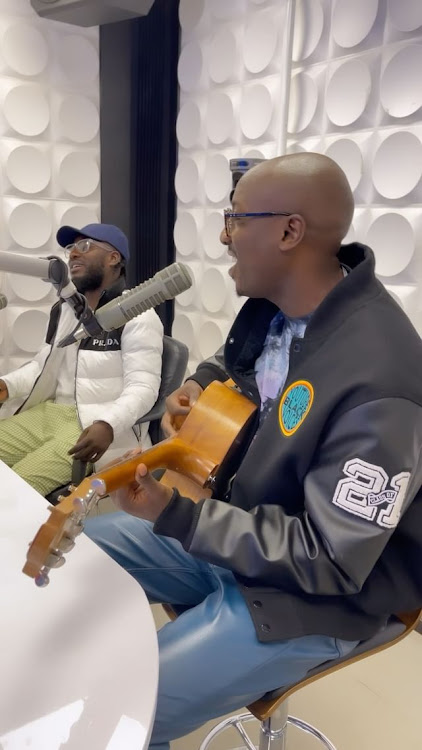 Grammy-award winning afro-pop band, Sauti Sol, have announced their partnership with Shahara, coming on board as Creative Co-Founders.

Shahara is an online platform that enables the African creative economy to earn revenue directly from their work, through their audiences.

Launched in August 2021 by Africa Uncensored, The Catapult Agency LLP, and Baraza Media Lab, Shahara - which derives its name from the Swahili word Mshahara (salary) - was created in response to the COVID-19 pandemic, which affected the creative economy as marketing and other events were postponed or canceled.

The first project that launched on Shahara was A Letter To My Younger Self, an audio/visual podcast that features popular content creator, Maxine Wabosha, in conversation with inspirational Kenyans about the moments that shaped them into the people they are today.

Since then, the platform has become home to other exclusive content such as the Africa Uncensored documentaries, Pandora Papers, Crooks & Wombs, and Under Your Watch; as well as Cynthia Abdullah’s documentary, Inyumba Yu Mulogooli.

In addition to joining Shahara as Creative Co-Founders, Sauti Sol will also share their own exclusive content on the platform, starting with Bien Aime and Aaron Rimbui’s BALDMEN Virtual Experience - an acoustic performance that offers a wonderful story of love, life, fun, and prestige which is now available on shaharavideos.com for only 100 kenya shillings.

In the next few months Shahara will also introduce a series of masterclasses and tutorials for content creators. Plus, later in the year, the platform will launch features that will allow for writers, journalists, artists, and photographers to also publish their work on Shahara.

'Been months of craziness,' Savara drops much anticipated album

The much anticipated 'Savage Level' album by Sauti Sol's Savara is finally out.
Entertainment
9 months ago