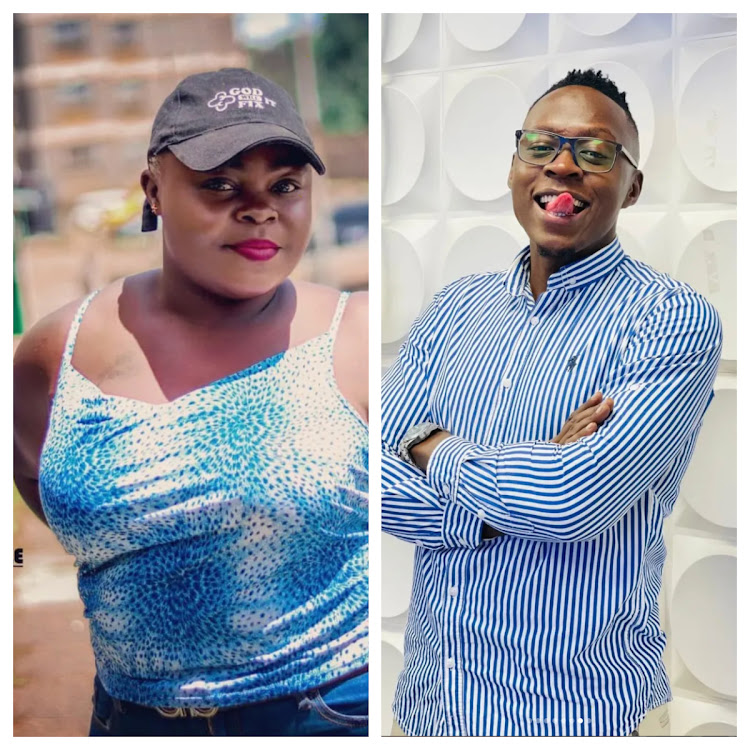 Lately, Obinna has been the talk of town following his online altercation with Dj Kalonje after the Kiss FM presenter promised to snatch Kalonje’s girlfriend if he is not careful.

Today, on the breakfast show, Obinna revealed that Stivo Simple boy’s ex-girlfriend, Pritty Vishy, slid in to his DMs asking for a video collaboration.

The host revealed that Pritty texted saying, “Hey, am Pritty Vishy, am a content creator and would like to do a video with you!”.

Kamene suggested that he should take her out for his Kula Cooler show, then it would look like he has taken her out on a date, considering that Obinna had said Pritty was his type.

Stivo and Pritty Vishy broke up about 3 weeks ago after a video surfaced of the singer enjoying dance styles from a video vixen while in Mombasa.

Pritty then put up a video on Instagram, in tears, addressing the break-up and regrets on why she chose Simple boy.

Well I guess bro code does not mean much these days or is it the bro's that do not mean much to each other? During the morning breakfast Kiss ...
Entertainment
2 months ago