Chyna reacts to claims of pointing a gun at Rob Kardashian 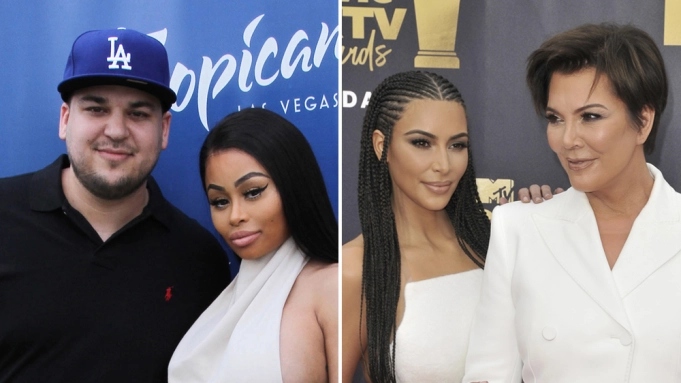 The Kardashians appeared in a Los Angeles courtroom this week for Blac Chyna’s long-awaited trial against the famous family, which set off fireworks, even before opening arguments began.

Blac Chyna, a model and influencer whose real name is Angela White, was previously engaged to Rob Kardashian with whom she shares a 5-year-old daughter with.

The pair starred in their own E! reality show together, “Rob & Chyna,” which aired for one season in 2016.

The second season was being shot when the two broke up, but was scrapped and never made it on air and Chyna would later claim that the Kardashians ruined her career before suing them for $100 Million.

According to the Kardashians, Chyna kept threatening Rob, with a gun pointed on his head and a cable around his neck.

At the moment, the case is heating up as Chyna added claims that Rob leaked pornographic photos to other celebrities out of anger and jealousy.

During the testimony, Blac Chyna said she was joking when she pointed a gun at Rob.