'He packed and left!' Akothee announces breakup with Nelly Oaks 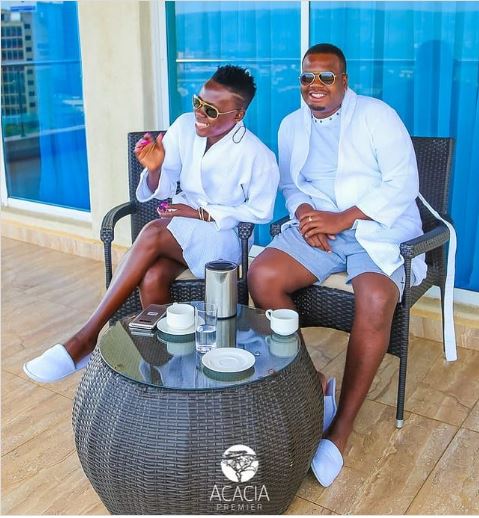 There is trouble in Akothee's paradise after the musician announced that she is officially single.

Akothee announced that she is officially back in the market after her lover, Nelly Oaks dumped her.

The mother of five joked that the love of her life packed and left her in the dry and it looks like she is taking it better than we'd expect.

"Do you remember when I told you I am taken? Well till death do us part just parked and left! I'm single again guys... the road to relationship is always under construction,"

This is not the first time Oaks and Akothee are breaking up since the two became an item back in 2018. They would then reconcile and end up serving couple goals for more years.

The breakup comes as a surprise since the two were allover each other when Akothee celebrated her 41st birthday less than a fortnight ago.

Nelly is yet to react to the news but fellow gents, it seems like if you have been eyeing the wealthy mama, umefikiwa.

The mother of 5 recently went all out for her teen son Prince Ojwang as he marked his 13th birthday.
Entertainment
9 months ago