Kenyans react to Friday traffic in the CBD! 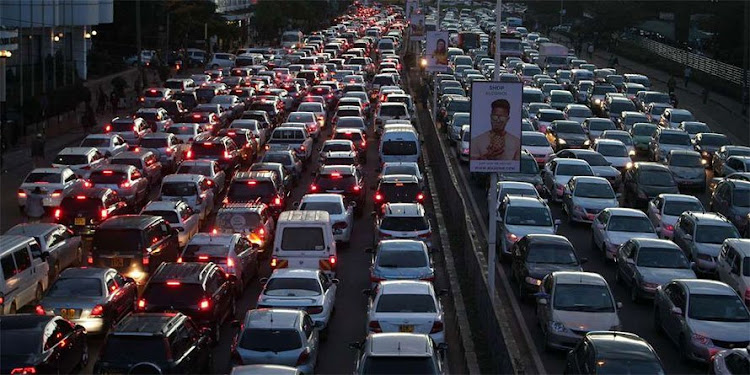 If you happened to use routes leading to or from the CBD on Friday last week, you definitely experienced the insanely amount of traffic that was within Nairobi.

Well on today’s Morning Kiss, Kamene Goro and Oga Obinna revisited what happened with each giving a personal story of their experience with the commotion.

Kamene introduced the topic by saying, “There was madness all over…I remember I had a gig on Lang’ata road that night then I was seeing all the pictures on social media of guys trying to get in and out of the CBD and I am like Lang’ata were also carrying out their nominations, I was considering canceling my gig!"

Kamene added that she didn’t experience any traffic along the way.

Obinna, on the other hand, was trying to get to his house and had a hard time connecting to Pangani for the same reason.

“I was in traffic for three hours from Valley Road to Thika road for three hours…normally when I leave the house I just put on google maps so that it shows me the best route…that was the shortest route…google maps took me to Railways, took me all the way to Jogoo road, then took me back through Eastleigh then to Majengo to come back all the way to Pangani…3 HOURS!” said Obinna as he narrated his side of the struggle.

For Thika road users, the traffic was majorly caused by politicians within the Jubilee party as they had parked on the highway following the party nominations that day.