Manzi wa Kibera has revealed that she was on a relationship with Eric Omondi between 2017 and 2021. 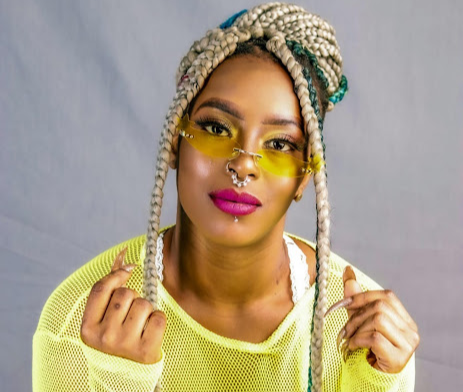 Socialite Manzi wa Kibera has revealed that she was in a relationship with Eric Omondi between 2017 and 2021.

Speaking on an interview with Kiss FM, Manzi wa Kibera alleged that the two were dating while the ‘president of comedy’ was still in a relationship with his Italian girlfriend, Chantal Grazioli.

Manzi wa Kibera revealed that she wasn't on Wife Material as a contestant but as Eric's side chic because he had told her he had his eyes on the Tanzanian and Ugandan contestants.

"Nikasema badala tuchukiane OK nitakuwa side chic.' (I agreed to be his side chic instead of creating beef between us)" she explained.

She alleged that even though the two weren't dating during the second season of wife material, that didn't stop them from making out while they were in the house.

"Alikuwa ananikula akitaka na anajua kunikula poa (He would sleep with me whenever he wanted to and he was really good at it)."

The socialite confirmed that she was indeed paid Sh6,000 for participating in the Wife Material show.

Immediately, we reached out to Eric Omondi, the comic said he never knew about Manzi wa Kibera until just recently.

He clarified that he had neither dated nor slept with Manzi wa Kibera or any of the Wife Material contestants.

"In 2016 I think she was in high school and the first time I saw her was on Eve Mungai's channel saying she wanted to participate on Wife Material back in 2020. That's when Kenyans knew her," said Eric Omondi.

He added, "In 2016 I was dating Chantal. One thing about me and all Kenyans know is when I start dating someone I put them on billboards, buy them cars and do all that stuff. I don't hide the person I'm dating and all my girlfriends are known so how comes no one knows about Manzi wa Kibera?"

Jalango: 'Things are working out if you receive too much hatred'

If the white and gold- themed party goes as planned then this will be a one of a kind sort of birthday celebrations where a celebrity will be ...
Entertainment
2 months ago

'I don't have a child!' Eric Omondi declares (VIDEO)

Self proclaimed President of comedy Africa, Eric Omondi is set to open another ugly can of worms after openly denying having a child.
Entertainment
3 months ago