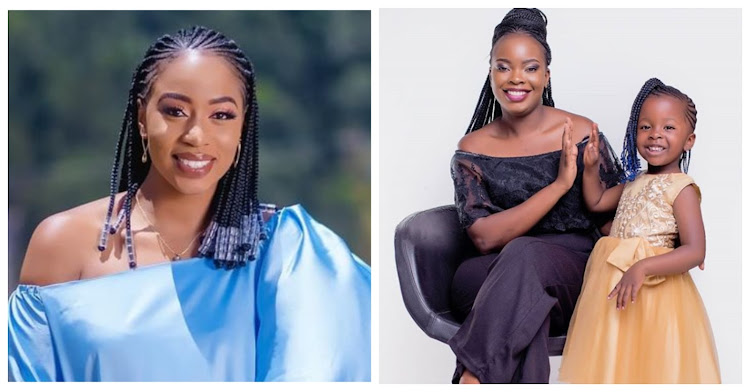 How long does it take you to get over an ex?

Like forgive and forget, you completely don't feel no emotions related to them... well minus the cringe of "why did I do that or let that happen?"

That is allowed once in a while.

Wewe ni wale wa kuoga na kurudi soko or you take a minute to yourself reflect on things and heal?

Whichever category that you lie on how long is long enough?

Bahati's baby mama, Yvette recently in a YouTube show with Bahati's current significant other revealed that it took her 4 years to actually forgive Bahati.

Apparently, her baby daddy gospel artist Bahati moved on immediately after they broke up, while she was heartbroken.

It doesn't end there, she also revealed that the first time she hear or saw Diana, his now bae was on social media when Bahati introduced her to us as his prayer partner.

Yvette and Bahati broke up when their kid was just an year old and she was dealing with postpartum depression.

"The first time I learnt about you was on social media when you posted about prayer partners. I was like, wooh! At that time, we were not in talking terms (with Bahati) although he was in the picture from when Mueni was born. But along the way we had our issues and we broke up," Yvette revealed while talking to Diana.

Yvette did what most ex's (especially if you've not come into terms with the happenings) she went on social media to stalk the new girl.

"I am just from a breakup, I wondered how fast he met a girl to date I started stalking Diana on Social media trying to find out who she was." The mother of one added.

I honestly would have done the same in her shoes, like bruh we just had a baby together!

"In as much as we had broken up, part of me I was still like, how comes, why did this happen, why didn't he give me time. We were young and naive but we had our plans. I was depressed and had so much to handle."

Do you guys feel like you owe you ex's explanation or anything when moving on?

Does the time one takes to move on signify the feelings he had while in the relationship?

On to the next one! Meet the woman warming Mulamwah's bed

Mulamwah has since posted a video of them getting cozy after many speculated that he was chasing clout, probably to prove he had already moved on ...
Entertainment
5 months ago

The Keroche heiress says whatever Ben Pol did goes against what they were taught after the two walked down said 'I do.'
Entertainment
5 months ago