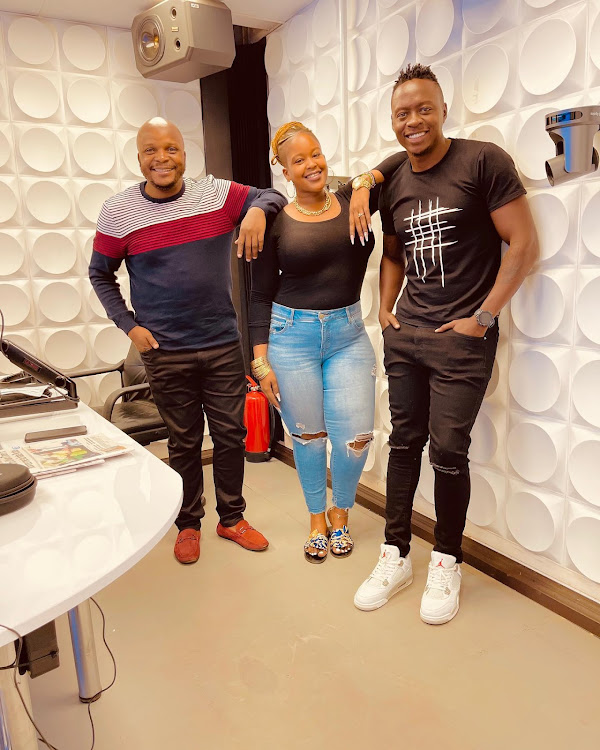 The Langata Mp aspirant surprised his former co-host Kamene Goro and her current co-host Oga Obinna in the Kiss Fm studios as they were between their morning breakfast show.

In between the show Jalas asked his friends what plans they had for his birthday and Kamene assured him that money was in plenty and he would be truly spoilt rotten.

However, Jalas had wishes of his own.

I mean it is his birthday so he can totally ask for what he wants to, yes? No?

"You guys I need a few things, now I don't have a salary and I'm spending money on the ground, transport, campaigns and everything. Now my car... as we speak right now, I only have one car... one of my tires is spoilt. Buy me 4 new tires, one is just 24 thousand shillings so that's 100k. " Jalas told his friends.

Kamene said she was game but Jalas couldn't pick where she would buy the tires from or the exact tires he wanted.

"Hapana umesema tununue, you can't pick the tires you want... I'll buy them where I bought mine." Kamene added.

The birthday boy was however intent on having his way even though it meant throwing a little bit of shade.

"But you see all four of your tires is just one of mine..." He said slyly.

In retaliation Kamene asked if she should remove all her tires to Jalas so that he could go get one tire and he replied, "It doesn't work like that, you just give me money I go get tires. That's the only birthday gift I want."

The friendly banter between the two just went ahead to cement how cool their friendship is in and out of the work space.

Jalas: Side chics should secure the bag now!

He says this should be their wake up call and ensure they secure their bags 'because even without this law they will find it very rough even if they ...
Entertainment
1 year ago