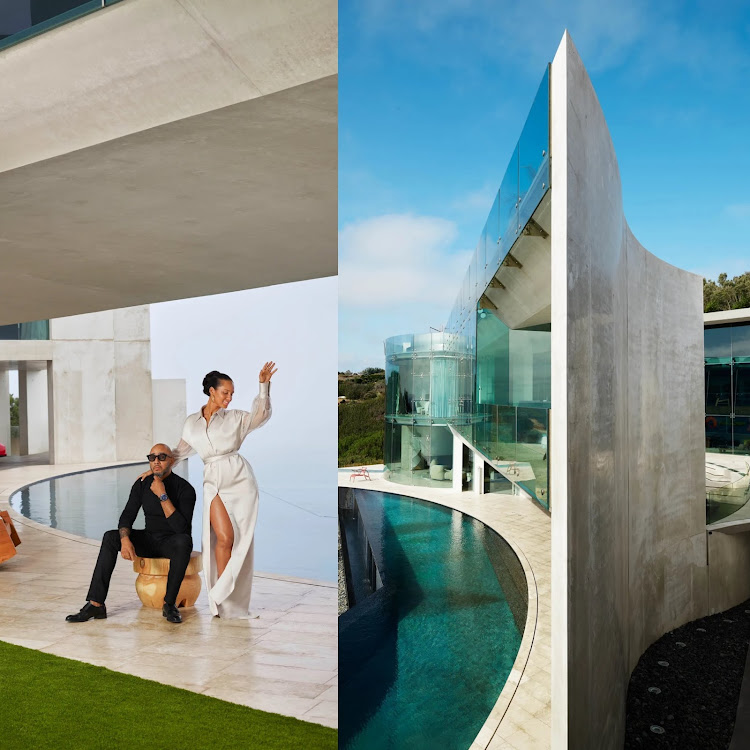 Fans on Twitter have been gushing over American singer Alicia Keys and her producer hubby, Swizz Beatz' luxurious palatial home.

The home which is located in California, has that modernistic feel and it's artistic interior decorations are a joy for anyone's eye balls.

The Razor house has extremely beautiful views and it overlooks the Pacific ocean.

The award wining couple are known for their love for ultra modern architecture and proved that when they bought the California palatial home back in 2019 for US$20.8 million (Sh 2,410,731,598).

According to scmp.com, the main house which has 10,240 sq ft of living space, contains six baths, two master suites, two additional bedrooms, a gym, a built-in outdoor BBQ and rooftop spa among other beautiful amenities.

Check out the photos of the house which were shared on Twitter by a number of users who can't help but marvel at the beautiful masterpiece.

Check out the reactions from Netizens.

Bang: More like shopping mall to me with restaurants and everything..too bright for me chill

Travis Nollsch: I believe they used this home as inspo for Iron Man’s home. The garage is identical to Tony Stark’s in the first Iron Man. It’s called the Razor House in San Diego. It’s by a secluded trail that you can take down to the beach. It’s one of the craziest homes I’ve ever seen.

Em cee: This is what Kim and Kanye thought they had.

Rolling ray: I’ve always noticed how beautiful it was from the background of her videos. It’s even better than I expected

The Dopest; Same furnture designer kanye and kim used for their custom made furniture which is now everywhere which will soon be at ikea and lazy boy furniture

D free:I’ve been following this house for years and they made it even more spectacular

Money And Fame!!! Celebs With The Most Flashy Houses