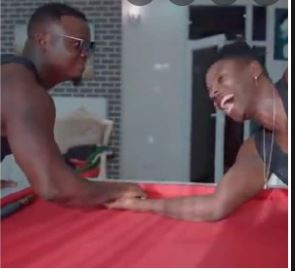 It looks like the Harmonize saga isn't dying down anytime soon after comedian Eric Omondi alleged that Harmonize punched him.

Eric says he was called and informed that the Bongo star had been arrested from an apartment in Kileleshwa where he was hiding in the master bedroom.

When he went to check on him at the police station that's when drama ensued with Harmonize punching the comic in the face leaving him with a cut on his lower lip.

According to Eric Omondi, Harmonize punched him in front of former Nairobi Governor, Mike Sonko and the Kileleshwa police station OCPD.

Check out the photo below; 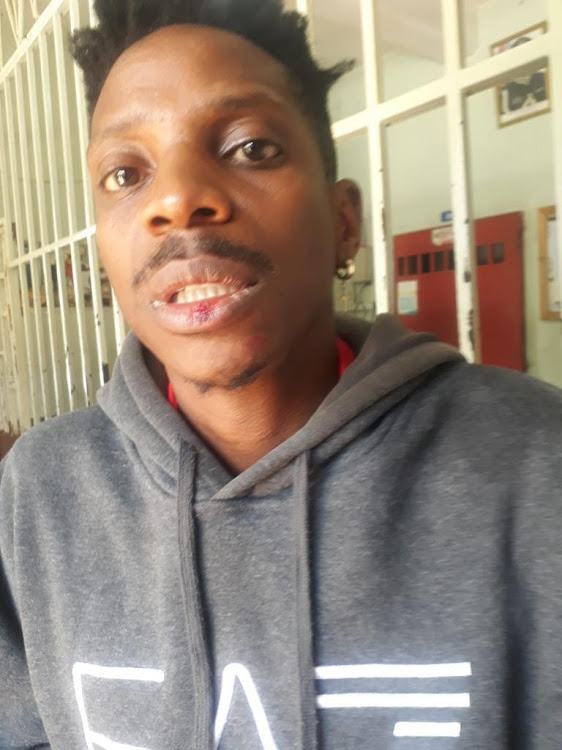 In a video seen by Kiss100.co.ke, Eric Omondi  who was addressing the media outside Kileleshwa police station, said that Harmonize took money from four clubs where he was supposed to perform and never honored the contract.

A source says Harmonize's passport has been siezed until the matter is resolved.

"The police have taken his passport because he is a flight risk. Harmonize may leave before he pays back the money he got for performance and did not honour it."

The promoter who brought Harmonize to the country, Melamani Limited, had earlier on refuted claims that his client was arrested saying he was at the police station for 'his own security'

Outside the police station, Captain's Lounge director, Jor Barsil, confirmed that Harmonize was indeed supposed to perform for one and a half hours but only did five minutes.

“I paid Sh450,000 to Melamani Limited for Harmonize to come to the club for a party and to be with the fans for one and a half hours, but when he came he only stayed for not more than five minutes. This angered the fans who wanted to beat him up but I protected him, I want to be refunded the amount I spent,”Barsil said.

He added that the entire set up at the club cost Sh1 million and the star's appearance cost Sh450,000.

After the Captain's Lounge drama on Friday night, Omondi defended Harmonize saying  the 'Uno' hitmaker was not obliged to entertain revelers that night.

Well as it stands, Eric Omondi has vowed that Harmonize won't be released until his lawyer gets to the station where he is expected to file charges against the artist.

Check out the videos below;