Meet your star! Who is Rema? 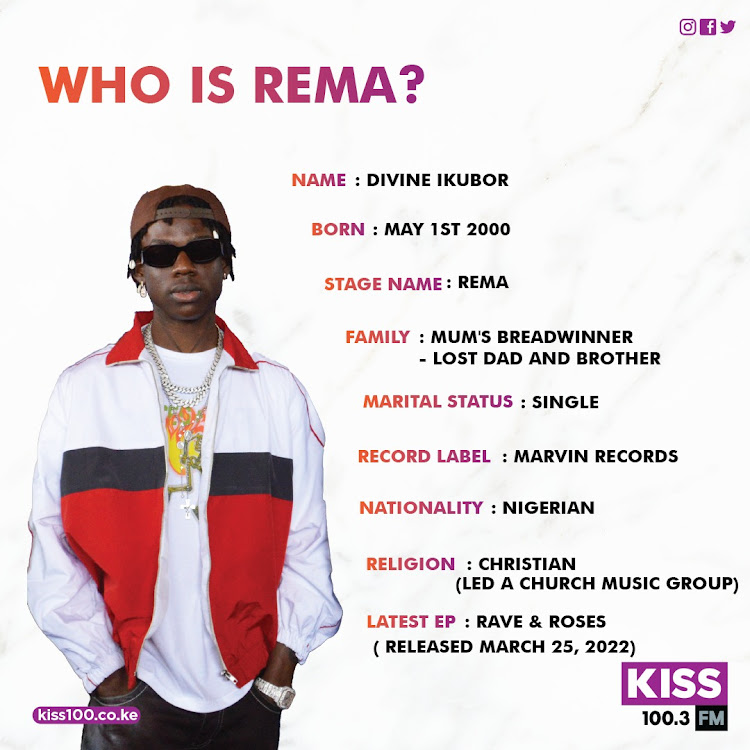 Divine Ikubor, born May 1, 2000, is a Nigerian leading singer and songwriter who is among the exclusive list of artists considered to be the future of Afrobeats.

The music star and pioneer of the Afrorave genre is known popularily known as Rema.

His journey to stardom began after he was discovered by A&R and talent manager, D’Prince, then signed to Jonzing World, a subsidiary of Mavin Records.

Rema became a force to reckon with in the industry after releasing his self-titled, Rema, which contains hit singles like Calm down and Iron Man.

He is label mates with Ayra Starr, Ruger, Magixx, and Korede Bello.

'I want the World to hear her voice,' Rema on Karun

Rema is in Kenya for a concert
Trending
3 weeks ago

Rema has confirmed that he will be performing in Kenya this month.
Entertainment
1 month ago