Harry Styles has struggled with mental issues over the years 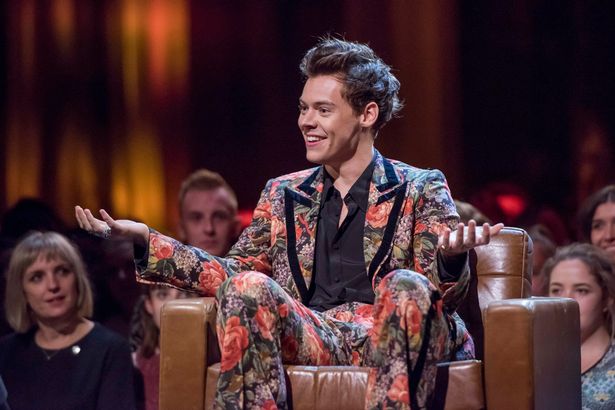 Harry Styles opened up on his mental health in a new extended version of his profile with Better Homes & Garden.

The singer was explaining that he was reluctant to start therapy because he feared being a music industry cliché.

"I thought it meant that you were broken," he told the publication. "I wanted to be the one who could say I didn't need it," he stated.

The 28-year-old began therapy five years ago and started to, "Open up rooms within himself," he said.

Explaining how he would, "Emotionally coast", instead of fully understanding his emotions prior to seeking therapy.

Harry continued, "I think that accepting living, being happy, hurting in the extremes, that is the most alive you can be."

He added, "Losing it crying, losing it laughing there's no way, I don't think, to feel more alive than that."

In his interview, Harry also shared that some of his trauma comes from his time being in One Direction.

According to the former boy bander, he previously sought to please people and felt he had to keep up a friendly persona to be likable.

He said it wasn't until he signed a contract for his 2017 self-titled solo album that he "Felt free."

Harry also narrated that though many consider him to be a sex symbol, he hasn't always been comfortable with the title.

"For a long time, it felt like the only thing that was mine was my s*x life," he explained.

"I felt so ashamed about it, ashamed at the idea of people even knowing that I was having s*x, let alone who with."

As someone who's been in the public eye since his teenage years, Harry admitted that he previously struggled with knowing who he could trust with intimate information about his life.

"At the time, there were still the kiss-and-tell things. Working out who I could trust was stressful," Harry said.

As for questioning his sexuality, Harry believes the expectation to label himself is, "Outdated."

"I've been really open with it with my friends, but that's my personal experience; it's mine," he said.

"The whole point of where we should be heading, which is toward accepting everybody and being more open, is that it doesn't matter, and it's about not having to label everything, not having to clarify what boxes you're checking."

Harry's House is expected to release on May 20.

Pop star Harry Styles is hoping to buy a property in Cornwall.
Entertainment
1 year ago

From Diamond to Wizkid, Full list of MTV EMA nominees