Young Thug and Gunna were slapped with racketeering charges 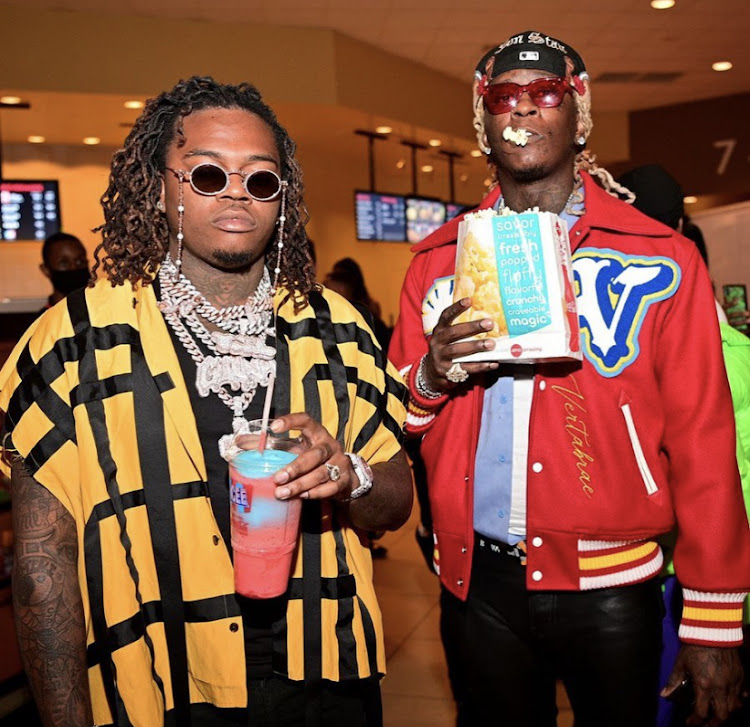 Rappers Gunna on the left and Young Thug
Image: Instagram

Rapper Young Thug was arrested on the 10th of May in Atlanta on charges of participating in street gang activity and conspiracy to violate the Racketeer Influenced and Corrup Organizations (RICO) act.

The 'city girls' rapper is being accused of giving permission to YSL memebers to murder YFN Lucci while he was in prison in Fulton county.

In the indictment charges two of Thugger's associates revealed that they requested permission from the internationally acclaimed rapper to put a hit on Lucci.

It all started when Thug called himself, 'the new Tupac,' Lucci clearly did not agree with this and decided to throw shots in Twitter.

He tweeted, 'Pac would have never wore a dress,' followed with a clown emoji.

Fast forward to 2018 and the two got into another feud where Thug threatened to slap Lucid then in 2019 when Young Thug released a new album dubbed, 'So Much Fun' Lucci took the opportunity to throw shade.

Thug was so mad that he actually threatened Lucci on Instagram, "If I ain't like what you do for your mother and kids, I would've been killed you," Thugs post read.

Later on that year Lucci fueled the beef by claiming that he had slept with Young Thug's girlfriend.

If you ask me their beef is one of the pettiest I have ever seen and the two of them needed to grow up but the ego is an hungry monster that relishes being fed.

In January, 2021 Lucci turned himself in on charges of murder after being accused of being behind the wheel of a vehicle that was involved in a shootout in Atlanta.

During the fracas, one of the passengers was shot which reportedly led to him being thrown off the car leading to him dying on the street.

While serving his jail time, Lucci  claimed that he was stabbed while in jail and that he feared for his life.

Following the stabbing, Thuger, his brother, Gunna and 25 other members and associates of their gang were arrested and slapped with RICO charges.

an attendee rushed the stage and attacked the comedian.
Entertainment
8 months ago

According to the source, the Bongo musician was forced to refund close to Sh 800,000 owed to club promoters from clubs he was expected to perform ...
Entertainment
9 months ago