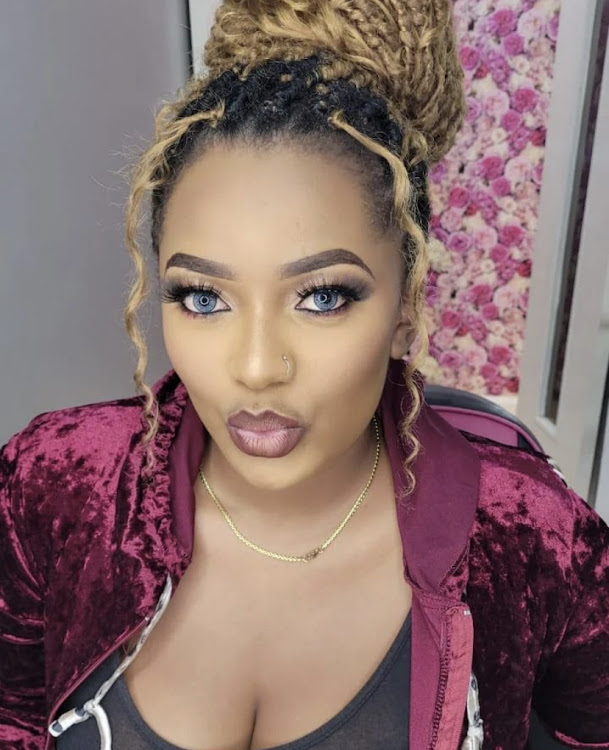 Kenyan Youtuber and comedian Brendah Jons popularly known as Mama Kingstone from her Plesident Kingstone skits revealed that she is seeing someone.

Last year, the content creator was served with a big lesson on Kanairo's character development class after she learnt that her then-girlfriend was cheating on her.

The heartbreak was a little too much to bear for Brendah who then went on a rant on Instagram live.

That was the first time she actually revealed to the masses that she was a lesbian.

But speaking in an interview with YouTuber Mungai Eve, Brendah said that she doesn't regret coming out (as she had already come out to her family).

What she regrets is the manner that which she did it and wished she had not done it in an Instagram live session.

"I don't say I regret but I wish it would have never happened. I feel that I should have kept my own business to myself," Brenda said.

She went on to add that she said the right things but on the wrong platform.

"I did nothing wrong, I was on the wrong platform. If I would have sat with my friends and ranted to them, and all that it would not have been a problem. The problem is I was saying it to the public and I was under the influence of alcohol which made it even worse," Brenda explained.

She clarified that she had moved on and did not have any beef with her ex although the said ex has been chasing her trying to get back with her.

" It has been 8 months... she called me wanting to reconcile but I do not have the time. You can not publicly embarrass me then expect I will take you back just like that," the content creator added.

"One thing about me, I know that I am made for love and I am made to love...if I say no there is a person who will get mad. There is someone but it is not official, it is in between an advanced talking stage," Brenda said amidst giggles.

"We are trying, so far so good, it is a happy one" she added.

On her relationship with renowned photographer, Muma she refused to touch on it saying she was not comfortable answering.

Chimano says his new song 'Friday feeling' represents the ballroom culture in the LGBTQ+ community.
Entertainment
5 months ago
WATCH: For the latest videos on entertainment stories