Crazy Kennar has created a video depicting the 'tense moment' that might have happened between Lulu and Rashid after the stints from Jovial. 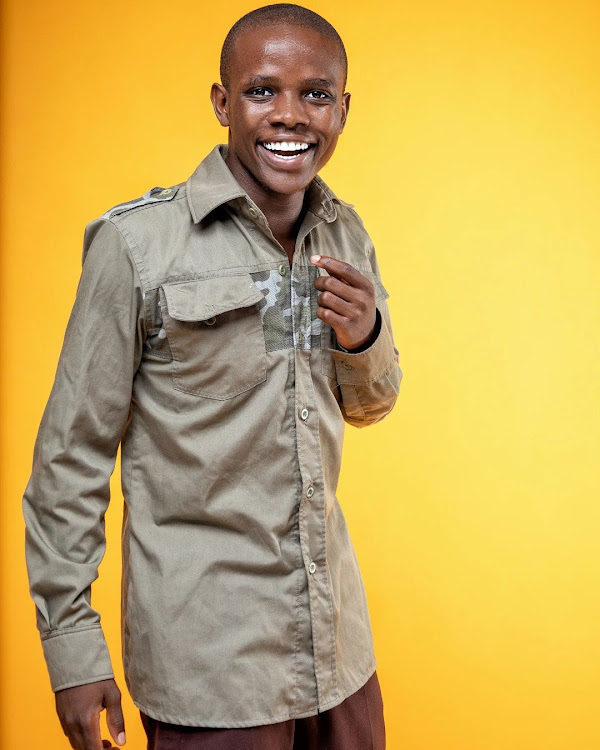 News anchors, Lulu Hassan and Rashid Abdallah, have been trending over the past few days over a viral video that was taken at Rashid's birthday.

The couple had invited Jovial to perform at the lavish event that was Swahili-themed.

In the video, Jovial is seen serenading  Rashid Abdallah and the interesting part was when his wife Lulu Hassan stepped in to stop the dance.

The video of Rashid Abdalla's lit birthday party has been causing a storm on social media, with netizens saying Luly was protecting her man from Jovial.

Addressing the issue, singer Jovial said it was not kind of Kenyans to have ill thoughts about the situation yet she was just doing her work, entertaining clients.

Online comedian and content creator Crazy Kennar has created a video depicting the 'tense moment' that might have happened between Lulu and Rashid after the birthday party.

In his comic video, Kennar and his fellow content creator, Stanley imagined a situation where Lulu Hassan was beefing with Rashid Abdallah on air because he danced with Jovial.

With Kennar acting as Lulu Hassan, he would interrupt Rashid Abdalla's presentation to remind him of his dance with Jovial.

While 'Rashid' was doing an introduction of the news bulletin, 'Lulu' was interrupting him

A post shared by Tales of the Crazy Kennar🇰🇪 (@crazy_kennar)

Omanga shared a video, saying that she would like to meet the comedian and his entire team soon.

However, she was not happy that he did not balance the extension of the behind and said Kennar deserved some whips.

"Tales of the Crazy Kennar is definitely a super talented guy. Hopefully, I will have a chit chat with your entire team and you soon.

These creators bring laughter to their real-life stories, family and different cultural experiences on the platform. Furthermore, they welcome the ...
Entertainment
6 months ago

In the music videos category, Tanzania’s songstress Zuchu’s ‘Sukari’ hit song was the most watched followed by ‘Baikoko’ by Mbosso featuring Diamond ...
Entertainment
5 months ago
WATCH: For the latest videos on entertainment stories