'Fix your homes!" Jovial claps back at female trolls 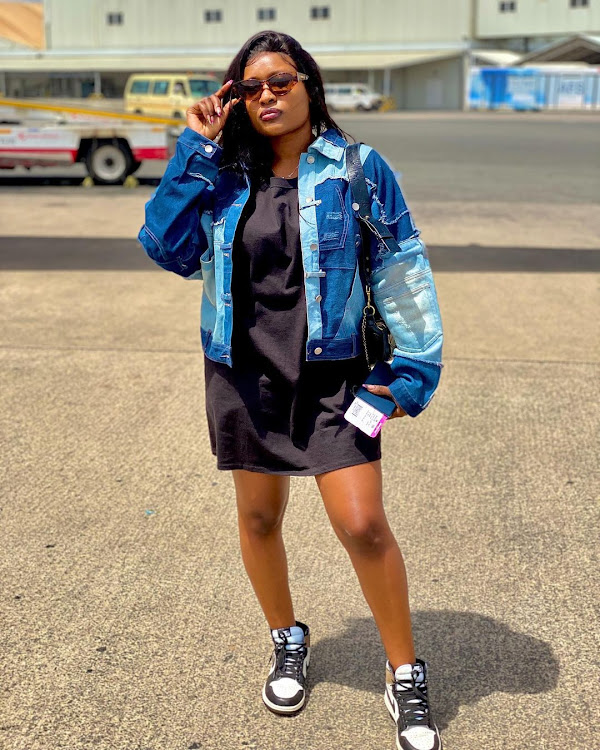 His wife, fellow news anchor Lulu Hassan threw him a surprise party with a special appearance from recording and performing artist Jovial.

Rashid seemed to be enjoying the performance as the two had a little salsa-ish moment but then Jovial appeared to start getting too close to Rashid.

And at that moment his wife Lulu broke from the crowd and came in between the two blocking jovial from getting too close to her man.

She lovingly placed her arms on his shoulders and the two danced for a while before a blushing Lulu walked away.

Allowing Jovial to finish her performance.

The said video went viral and a lot of people thought that Jovial had crossed a line and disrespected her hosts.

Netizens had a lot to say in regards to the viral video that has been trending for the past two days.

Jovial seemed to have had it all with people who had a little too much to say about her as an artist and person and finally took to her Instagram page to address the issue.

"The insults on the trending video of me at work.... okay I'm just seeing women projecting their insecurities on an innocent act! Now you have all found an arena and reason to open your hearts," Jovial wrote on her Insta stories.

"You can tell (these insecure women) are dealing with a lot in their homes! The 'couple' are my bosses those who know the series know better! Fix your homes and stop using me as an excuse!"

The agitated singer added, claiming that those who were attacking her were people who had personal issues.

She went on to remind people that she is an entertainer and that is the job that puts food on her table.

"I was doing my job! And btw I was paid very good money, to more."

Loulou Hassan posted a photo of Jovial singing to her man and captioned it,

"I can not thank you enough Jovial.... you are destined for greatness, apart from being your bosses we are your number one fans.... we love you dada."

The news anchor also plugged Jovial tagging her Instagram account and asking people to book the artist for their events, guaranteeing they will not regret it.

The singer says the crush, who she believes is obsessed with her, has been tracking all her movements.
Entertainment
2 weeks ago

Kenyans hearthrob Jovial gave a fire perfomance at Captains Lounge and Grill that left her fans swooning over her as usual. But one said fan got a ...
Trending
1 month ago
WATCH: For the latest videos on entertainment stories