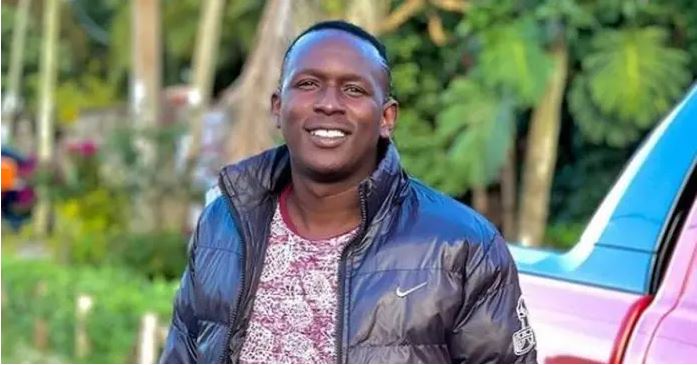 Kenyan comedian YY Comedian has once again proved that he is a man with a golden heart.

This is after he offered to build a modern house for a needy Kakamega man who was forced to sell the roof of his mud house in a bid to cattle for his son's medical bill.

As highlighted by Tuko, Willy was doing what a responsible dad would do for their family. He needed Ksh 10,000 for his son's medical bill an amount he couldn't raise on his own.

He resorted to his friends and family members but they never came through for him. That is when he opted to selling the iron sheets off their mud house and resulted to using plastic bags. All for the love of his son.

After seeing the sad and touching story the funny man reached out to mzee Willy and offered to assist the needy family by building them a modern house.

True to his word, the father of one traveled from Nairobi to Kakamega and the process of demolishing the mud house and building a new one kicked off immediately.

'I received a phone call and the man from the other end told him his name is YY he asked me about my situation and after I narrated what had happened," narrated mzee Willy.

Adding, he offered to build us a home and truly he travelled all the way from Nairobi and immediately we proceeded to demolish the old house.

YY would then take to his Instagram to share a video of young men demolishing the old mud house as well as photos of the progress of the new modern house.

Check out the video below.

YY who is known for his philanthropic deed touched many people for his selfish act among them his lover, Marya.

King Kaka recalled on a day their house was locked because her mum who could not afford to pay Ksh 5oo worth of rent.
Entertainment
2 weeks ago