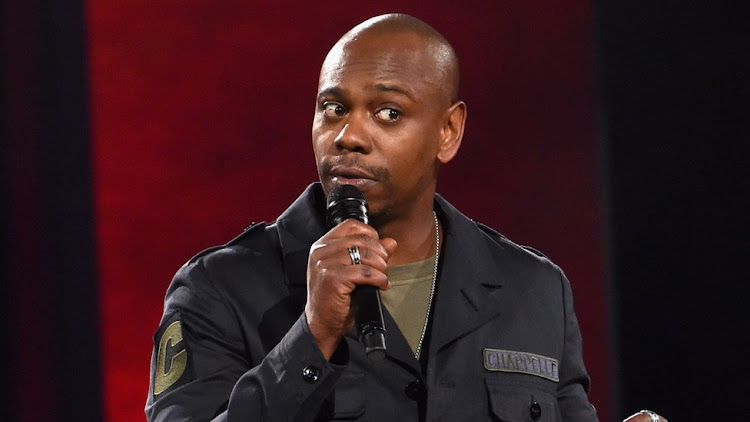 The man accused of tackling Dave Chappelle, who seems to be copping to it, said he did what he did because he was "triggered" by Dave’s LGBT jokes among other things.

23-year-old Isaiah Lee did an interview with the New York Post, and explained his reasoning for hopping up on the stage and attacking the comedian.

He said that he was in fact offended by Dave's material, and wanted him to know about it.

Dave is reported to have addressed his transgender controversy that night, just before Lee rushed the stage

Another element that apparently sent Lee over the edge are jokes that Dave apparently made about homelessness, which Lee says personally hurt him as he himself had experienced it at a young age.

He said, "I’m also a single dad and my son is five. It’s a struggle and I wanted Dave Chappelle to know it’s not a joke."

Plus, jokes earlier in the night (made by an opener, it seems) talking pedophilia rocked Lee as well. He says he was sexually abused as a minor.

On his gruesome injuries, Lee said, "They spat on me and twisted me as if on purpose."

He also acknowledged having the fake-gun-turned knife on him that night, adding Chappelle asked why he did it.

Lee said, "I told him my mother and grandmother, who fought for his civil rights to be able to speak, would be upset at the things he said."

To that, Chappelle allegedly replied, "Now your story will die with you, son."

Lee was recently hit with more serious, unrelated charges that could see him behind bars for years.

an attendee rushed the stage and attacked the comedian.
Entertainment
3 months ago

Charity set up in memory of Jamal Edwards