Football or Girlfriend?-Obinna explains to Kamene

Kamene was questioning the loyalty between men with football in comparison to their girlfriends. 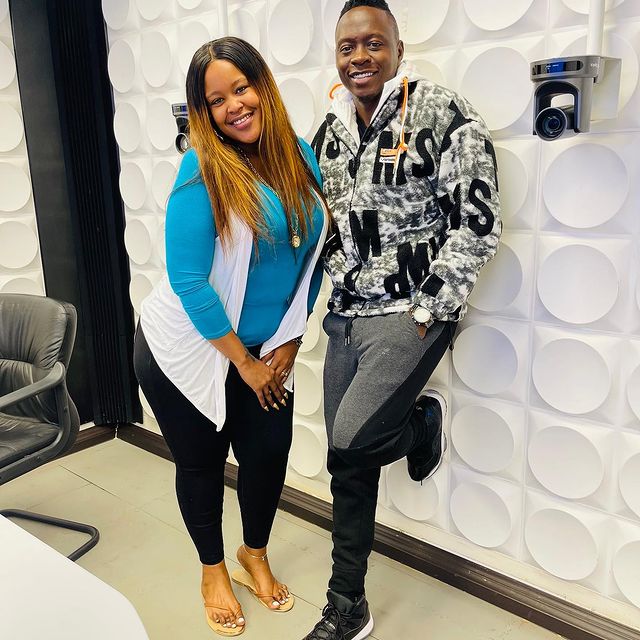 Following the finals for the English Premier league held yesterday, Kamene was questioning the loyalty between men with football in comparison to their girlfriends.

During The Morning Kiss show, Kamene outlined, stating that men have an unexplained love for football than their own women revealing that she even managed to steal from her man when he was busy watching the match.

“I can’t imagine the amount of stress men had yesterday, it was 6 O’clock and all of them stopped talking, by the way, this is the time where if you want to steal from your man you could easily do it, ask me anything, I tried successfully.” Started Kamene.

Obinna asked her what she managed to steal and as expected, the female host said, “Aii pesa, what do you mean, I just saw the wallet over there and I swapped but who cares and football was being watched.”

Kamene’s argument was that a person cannot give that much attention to a bunch of men running around a football pitch in entirely different content and they still do not help in paying their recurrent bills.

Obinna added on that, saying, “He is looking at 22 men chasing the skin of a dead cow.”

Kamene said that as much as she is a Manchester United supporter, she would never sulk all evening because of a football match.

From yesterday’s match between Liverpool and Manchester City, the two hosts made fun of Liverpool as they bantered on how Liverpool fans are the oldest fans in the premier league.

They continued to joke as Obinna added, “Liverpool fans never walk alone, they walk with a walking stick.”

Kamene is famously known for her advice to women, especially young ladies and her controversial opinions toward men.

As she turned 30 this year, many of her fans were asking her to get married and have kids but the media personality served them with a hot response saying that she will not entertain such questions from anyone.

"I am saying this with all humility, I do not know what it is but between the age of like 22 or sometimes as early as 20 years, up till let us say 33 years.... and this is for chics, by the way, anytime you are having a conversation or you are at a place then someone asks you, 'Do you have kids?' And you are like 'No, not yet' or just 'No'. I don't know why everyone shouts, 'You know you should have kids!'." Kamene said.

Why Obinna wants to move in with Kamene

Kamene who was taken by surprise believes the April fools day prank the two pulled is beginning to take a toll on Obinna who now wants a real ...
Entertainment
9 months ago

On today’s Morning Kiss, Kamene and Obinna, on behalf of the mothers, thanked everyone who posted in celebration.
Entertainment
8 months ago