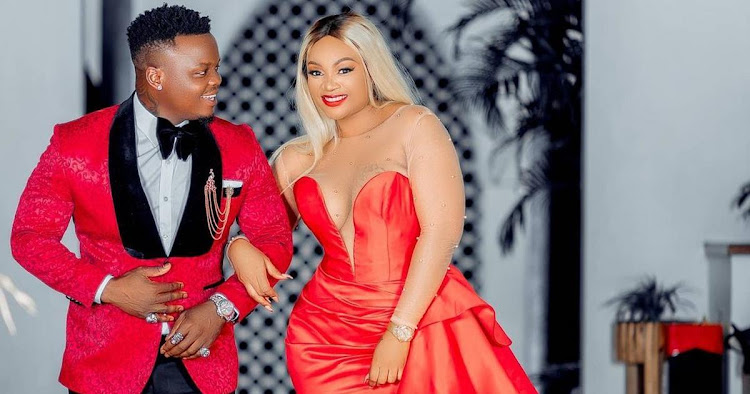 Guess 'rotten fruits' don't stay rotten for long, or they do have their uses.

It seems that bongo sensation Harmonize has finally gotten through to his ex, Frida Kajala and the two might truly be rekindling their relationship.

Netizens have been speculating that the two might have gotten back together after sleuths noticed that Kajala had finally unblocked Harmonize on Instagram and was actually following him.

Harmonize and ex-girlfriend, Frida Kajala got together after months of the 'Kwangwaru' hit-maker chasing the veteran Bongo actress.

And now, actress Frida Kajala has in a cryptic message revealed why she forgave the singer.

Kajala shared a quote on her Instastories emphasizing the importance of forgiveness and probably letting people know that it was not the material gifts that had won her heart.

The post, a quote by Stephan Labossiere read, "Forgiveness isn’t saying what they did was okay, it’s just saying you won’t hold onto that negative energy any longer."

Rumours of the two being together sparked after Kajala posted a picture of herself talking about how she minds her business and Konde boy was seen in her comment section acting the boyfriend part.

That's not the only hint that Harmonize gave that things were looking rosy at home. In another post, (still referring to Kajala as wife) he praised her for making him a 'good boy' once again.

"Thanks for motivation wife, 23 minutes every day feels like noting, You've made me a supportive man and a good boy again. Can't wait to work out together," he said after sharing a video of himself at the gym.

Harmonize and Kajala had a dramatic breakup in April 2021 after dating for less than three months.

Kajala dumped Harmonize after Rayvanny accused him of seducing and sending nudes to her young daughter, Paula Kajala.

After their breakup, Kajala blocked Harmonize on all platforms.

Has Harmonize's ex taken him back?

Harmonize describes his ex as his wife
Trending
1 month ago

Harmonize posted a video with the range rovers begging Frida Kajala to take him back
Entertainment
1 month ago
WATCH: For the latest videos on entertainment stories