'She is mine,' Rick Ross confirms he's dating Hamisa 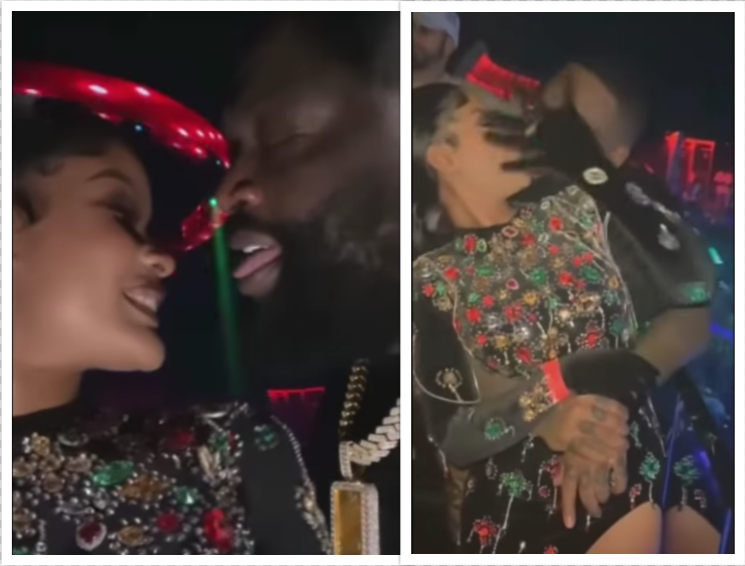 American rapper Rick Ross has finally admitted to the public that he is dating Tanzanian heartthrob Hamisa Mobeto.

But honestly, we all knew that by now. See we have this old adage that goes, "Love is like a cough, you can not hide it." It's in Swahili but I took the liberty to translate it for you guys.

During their Instagram live yesterday curious netizens asked the ' I'm Not a Star' hit-maker was asked to clear the air as to the nature of his relationship with the gorgeous model and singer.

To which Rick Ross proudly with a grin on his face replies, " yes, she is mine. Yes she is... she is," followed by the cutest laugh between the two.

I do not want to say they were blushing like teenagers intoxicated with love but they totally were. Especially the cute giggles from Miss Mobeto.

To which she went ahead to add that she was fascinated by all that people had to say, " the comments today are killing me..." she said, while her boo thang added that they actually loved the comments coming through.

Rick Ross and Hamisa Mobeto have a 19-year age difference that seems to bother people a lot.

The two were rumoured to be dating from mid last year to when netizens noticed their subtle interactions online and the number of times the two were on the same location.

However, Hamisa denied the dating rumours claiming the two were just cordial friends who worked together..

“We are quite close. I wouldn’t say it is a relationship but we work together and we are like one big family.

“It is not a romantic relationship. I am currently focused on building my brand and making more money,” Hamisa said in an interview earlier this year.

Rick Ross had failed to disclose information on their relationship saying he is going to leave it to Hamisa.

Guess the cat is finally out of the bag.

Hamisa Mobetto and Rick Ross were in Dubai partying
Entertainment
10 months ago
WATCH: For the latest videos on entertainment stories