Jovial: I was depressed, wrecked and completely lost! 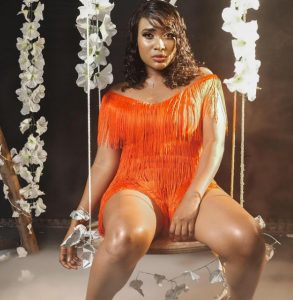 According to the 'Mi amor' singer, she secretly battled depression between the end of 2021 and early this year. She says she has however managed to come out strongly describing the last couple months as peaceful.

"Lately I've been at peace and a happy soul...Mwisho wa mwaka jana na mwanzo wa mwaka huu I went through a lot! I was depressed, wrecked and completelylost but no one knew about it!" Jovial wrote on her Insta stories.

She says just like any people do, she had been forced to hide her struggles and sadly potray a happy soul on social media.

"On social media everyone is happy, thats what we are supposed to portray, but deep down inside slowly dying!"

The high flying multi talented singer went ahead to encourage someone who is in a similar situation to hold on because there will always be better days.

She wrote, "Depression is real! But one thing you need to know is kila chenye mwanzohakikosi mwisho! Hata upitie changamoto ya aina gani itapita tu! (Everything that has a beginning has an end and despite the challenges you are currently going through, it will all come to pass)Hope i'm able to help a soul somewhere...Hold on tomorrow is a new day love and light."

Recently, Jovial revealed that she had been struggling to deal with a sly boot that had been haunting her.

The singer said the crush, who she believes was obsessed with her, had been tracking all her movements.

"Lately, I have been dealing with an obsessed crush. This person has managed to know where I live after paying people to track me. I don't know where he got my number.  I've blocked him and I am tired. When I post a man, he becomes angry and becomes aggressive as if we are dating."

Jovial, once threatened to take the man to the police and the man told her to go ahead because he loves her and he wants her.

"I told him I will report him he said that he will tell the police he is in love. it is eating me up and I am scared."

'Fix your homes!" Jovial claps back at female trolls

The singer says the crush, who she believes is obsessed with her, has been tracking all her movements.
Entertainment
1 month ago

Kenyans hearthrob Jovial gave a fire perfomance at Captains Lounge and Grill that left her fans swooning over her as usual. But one said fan got a ...
Trending
2 months ago