I was not auctioned! Anerlisa Muigai clarifies 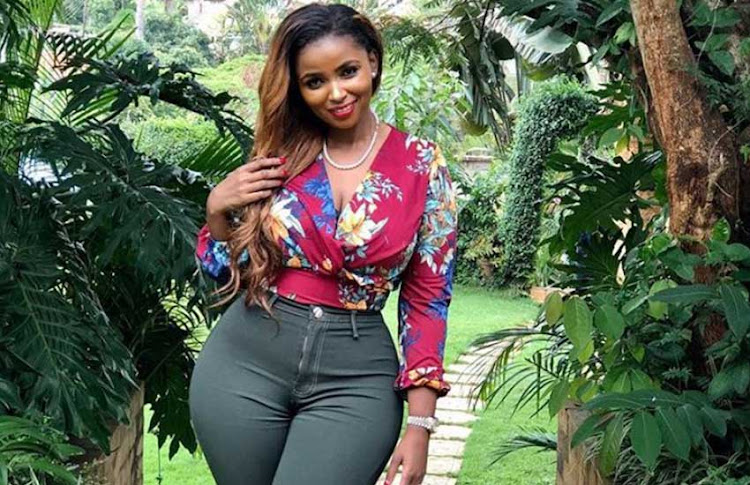 Keroche heiress Anerlisa Muigai has come out to clarify that she was not auctioned.

This comes just days after she shared videos on her social media showing that she had moved out of her posh Lavington home.

Anerlisa even shared videos of her empty parking lot, revealing that she had sold her posh car.

“I cannot believe I have to move out of my Nairobi home. I will surely miss you. #Situations”.”

“It was such a beautiful home. Parking is so empty. We out.”

Anerlisa has also sold her car.

“Also, I thought I should mention. Those car dealers reselling my car, be aware the car found a buyer!!!”

A week ago, auctioneers stormed into Anerlisa's home and hence the speculation surrounding her relocation.

She announced that she was relocating to Nakuru.

“No auctioneers took anything of mine and my move is nothing to do with any one but myself. Just needed to make that clear. Done explaining anything. Dong me.”

An auctioneer who was at Anerlisa's home spoke to Mpasho where he revealed he was there to execute a court order dated April 20, 2022

A few weeks back, Samuel Mutisya of Samumu auctioneers was at Anerlisa’s home to execute the court order dated April 20, 2022.

“We were incapacitated because there was an issue of security which was a major concern for us, so we could not proceed with our job, we have put a hold on everything and that is where we are now.”

Following the whole drama, she said that she let her enemies think they have the upper hand over her based on her moves.

“People will play both sides. That’s why my talks are brief, my visits are limited and my moves are silent. Sometimes it is best to let your opponent think he has control.”

In Tecra's memory, her family visited her shrine where they held a brief prayer ceremony and laid flowers on her grave.
Entertainment
8 months ago

Anerlisa Muigai: 'I have gone through a lot'

She continued, "Everything happens for a reason and with prayer, everything falls at its right time. There is a light at the end of the tunnel."
Entertainment
9 months ago