Kamene: How would you rate HE. Uhuru Kenyatta?

As a tradition, each former president, as they exited the office, left a legacy, however huge, that generations of Kenyans will remember. 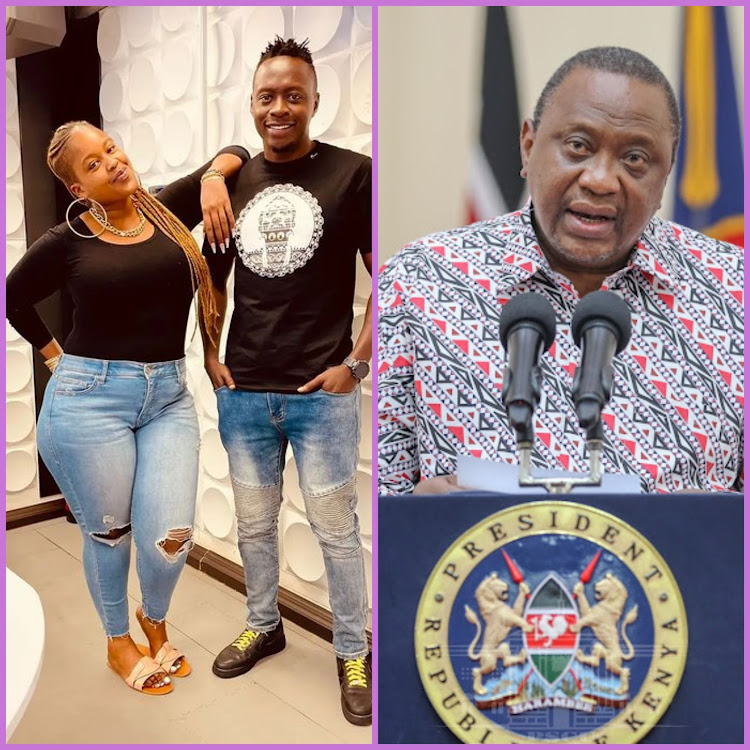 What made this event special is the fact that it was President Uhuru Kenyatta’s last public celebration as president hence the last time he will be addressing citizens as our president.

As a tradition, each former president, as they exited the office, left a legacy, however huge, that generations of Kenyans will remember.

President Uhuru Kenyatta has been asked this question a lot of times before and always gave the response that Kenyans will get to witness his legacy after he exits the national office.

During his last speech at the Madaraka day celebrations, the president highlighted a number of achievements Kenya has thanks to his government.

On today’s Morning Kiss. Kamene and Obinna highlighted the fact that although Kenyans have been complaining about the number of debts he has incurred for Kenya, Uhuru Kenyatta has done an excellent job.

‘What stands out the most in the president’s speech, long story short he said I have done really well and I have a legacy like no other and he even went ahead to state what he did and added that even though he has borrowed a lot of money, it was for the benefit of Kenyans.” Stated Kamene.

She continued to say, “He even came out and gave his own scorecard and I know if you have driven up and down Nairobi, you have seen billboards in scripted the words ‘Tuliahidi, Tumetimiza’ meaning he has given himself an exemplary scorecard, maybe a 15/10 or even a 300/10.”

However, the two hosts passed down questions to their listeners asking them about their opinion on Uhuru Kenyatta’s ruling schemes and how they would rate it out of ten.

Kamene further asked Kenyans whether they can confidently attest that the project's president Uhuru has done has impacted their lives in one way or another.

Nonetheless, Kenyans, over the past few days, have been comparing Uhuru’s presidency to Mwai Kibaki, who according to a lot of citizens, did a way better job compared to Uhuru.

In spite of that, Kamene and Obinna urged Kenyans not to compare but just scale president Uhuru’s work on a scale of 1-10.

Jalas described his co-host Kamene as an inspiration for the last two years they've been a team.
Entertainment
11 months ago

Do they have our best interests? Polycarp & Adelle worried about celebrities joining politics

Some of the Celebrities eyeing political office include our very own Jalang'o,  Jamali Gaddafi, Rufftone, DNG and MC Jessy.
Entertainment
1 year ago