The 27-year old rapper was seen trolling the fan by waving an NYR towel right in his face. 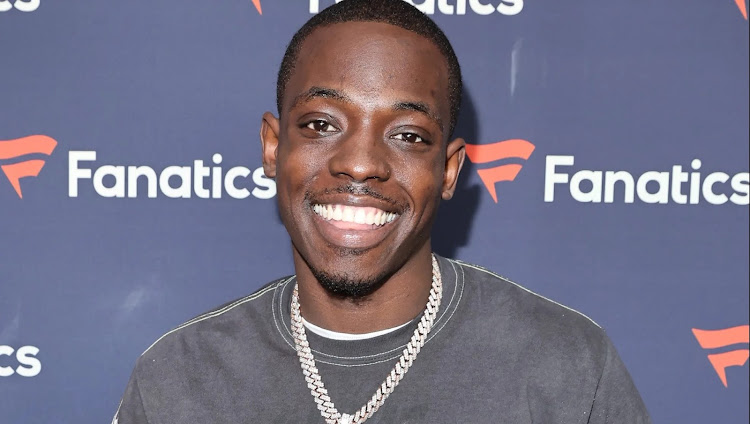 Rapper Bobby Shmurda was cold to a Tampa Bay Lightning supporter during the New York Rangers game on Wednesday.

The 27-year old rapper was seen trolling the fan by waving an NYR towel right in his face.

The hilarious moment happened during Shmurda's epic night at Madison Square Garden when the Brooklyn rapper was in the stands cheering his face off for the Rangers in Game 1 of the Eastern Conference Finals.

The video shows Shmurda was getting his dance on and then he turned to the Tampa Bay fan sitting right behind him and waved a "No Quit in New York" Rangers' towel in the guy's grill.

To his credit, the fan took the trolling in stride as he responded with nothing more than a thumbs down.

Bobby had a hell of a night during the game in between going crazy for big plays, and taking a bunch of photos with fans both inside and outside of the venue.

According to TMZ, this was Bobby's first-ever hockey game and he attended it after getting invited by Icy Ventures which is a talent management company (founded by Josh Stone and his brother Troy Stone as well as NHL agent John Osei-Tutu) whose focus is to bring hip-hop culture to the sport.

During an interview, Troy said that Bobby’s energy could not be contained and that fans were shocked to see such a high-profile rap artist in the building for a ranger game.

He continued to say, "Bobby was so excited he started taunting the opposing team’s fans, which lead to a viral moment which the NHL has desperately needed."

Troy added, "The experience for Bobby couldn’t have gone better as he saw the Rangers win and got to witness a real NHL fight.”

Shmurda wasn't the only rapper at MSG, Fat Joe also pulled up in his red and blue gear supporting the Rangers and they both went home happy, as the Rangers won easily, 6-2.

The Weeknd, real name Abel Tesfaye, released Blinding Lights in November 2019. By September 2021, it had been streamed more than 2.5 billion times on ...
Entertainment
7 months ago

Kanye was banned from performing at the Grammys due to ‘concerning online behavior’,
Entertainment
3 months ago