an alleged report from the University of Nairobi, the college Sakaja attended, released a statement seconding the rumors that Johnson Sakaja didn’t graduate from university. 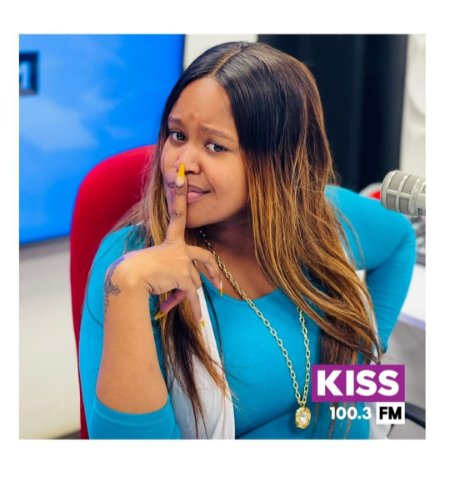 The fight for the Nairobi gubernatorial seat is turning out to be a bullfight that pitches Johnson Sakaja against Polycarp Igathe.

For the past few days, there has been a little bit of controversy surrounding Sakaja over his education qualification level.

Yesterday, an alleged report from the University of Nairobi, the college Sakaja attended, released a statement seconding the rumours that Johnson Sakaja didn’t graduate from university.

On Today’s Morning Kiss, Kamene and Obinna were going through the statement as each gave their own review of the story.

“When I saw the story I was like how true is this, so please someone from Sakaja’s inner circle let us Know if this story is true.” Started Obinna.

“I know it is alleged but we want to know if it is true, so there is a circular that came from the University of Nairobi that from the DCI Nairobi saying that verification of undergraduate transcripts in respect to Sakaja and basically there are saying that the transcripts are incomplete and Not signed by the officers of Nairobi University and he did not complete his studies!” Obinna continued.

Kamene hilariously added saying that his billboards, especially along Kilimani, are really cute and the photo of Johnson Sakaja has a well-shaped dimple to attract the ladies.

According to the alleged circular, the University confirmed that Sakaja was admitted to the university to undertake the Bachelors of Science in Actuarial science but the graduation booklet doesn’t have any records of him graduating.

According to Kamene, she thinks that we should create certain loopholes such that Sakaja can be allowed to run for the gubernatorial seat because he has worked as a senator before.

Contrary to her opinion, Obinna countered Kamene’s claim and asked her that if that will be the case, Waititu should also be allowed to run.

Former Kiambu Governor, Waititu, had been accused of corruption and embezzlement of County funds where he was dismissed from being a governor as his deputy took over the office.

Revealed: How Kamene and Obinna spent their first salaries

It looks like Kamene wasn't the only one who made a mistake with her first salary because her co-host Obinna also had his fair share of bad decisions.
Entertainment
7 months ago

Physical way applies to the normal old school burglary where an individual approaches the target in pursuit to acquire the personal belongings ...
Entertainment
7 months ago

The Nairobi Governor aspirant, Polycarp Igathe, has been recently the talk of town after his campaigning skills have gone viral.
Entertainment
7 months ago