Nick Cannon hints that he will be getting more kids

Nick Cannon might be in preparation to be a father again as he continued to say he will continue having kids! 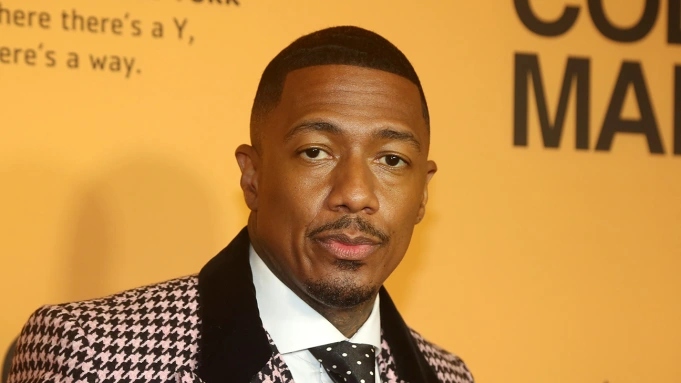 Nick Canon at a past event
Image: Courtesy

Nick Cannon might be in preparation to be a father again as he continued to say he will continue having kids!

On Tuesday's episode of the Lip Service podcast, the 41-year-old radio host revealed that he is expecting more children this year.

Responding to speculation that he has "three babies on the way," Cannon first joked, "When you say 'on the way... ' What count are you at? Let's just put it this way ... the story is on the way."

When asked if he's currently expecting three children, he said, "I don't know, it could be..."

The actor, who welcomed three children in 2021, then suggested he plans on breaking his personal record, stating, "If you thought it was a lot of kids last year..."

Continued Cannon: "I fell victim to it 'cause I was in a weak state. So December, especially right before Christmas, I started f------ like crazy ... So I broke the celibacy. But I was probably celibate for a month and a half strong ... I was trying to do it. I had a new show, new energy, I was dealing with a lot."

Calculating the months, Lip Service co-hosts Angela Yee and Gigi Maguire asked if fans can expect Cannon to have a handful of children in September and October.

Cannon laughed and answered, "Y'all are pretty good at math."

Along with Zion, Zillion, and Zen, Cannon is dad to 11-year-old twins Monroe and Moroccan with ex-wife Mariah Carey as well as 5-year-old Golden "Sagon" and 1-year-old Powerful Queen with Brittany Bell.

In January, he announced that he is expecting his eighth child later this year with model Bre Tiesi.

De La Rosa also revealed earlier this month that she is pregnant again, but did not say who the father is.

"I'm so excited about all my kids," Cannon told PEOPLE in May. "Constantly, from every aspect of it. From them getting citizen of the month awards in the first grade to the birth of the new ones."

"Every day I just wake up excited as a father," he added.

However, Cannon confessed that he still gets anxious about welcoming his new little bundle of joy with Tiesi.

"You get nervous every time," he shared. "Every single time… because it's a miracle, it's God working."

He continued, "You just stay in prayer, you stay in agreement with your partner to just make sure everything is a blessing and operates in the proper way. So just stay prayed up."

Back in January, the celebrity couple announced that they had welcomed their first child via surrogate. The tot is reportedly named Malti Marie ...
Entertainment
1 month ago