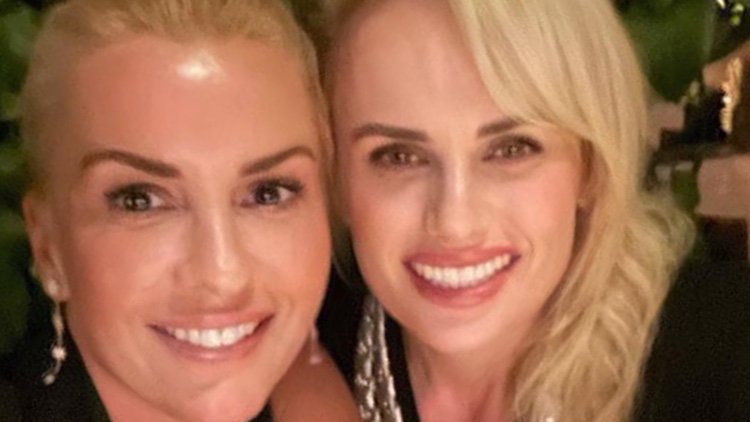 Rebel is back in the dating game and it seems she finally found her Disney match... plot twist it's a princess, not a prince.

How cute is it finding love and coming out on pride month?

The 41- year-old actress, best known for her comedy roles posted a photo of the two of them with the caption,

Her girlfriend is a talented clothing and jewelry designer identified as Ramona Agruma., who owns a clothing brand known as Lemon Ve Limon which is based in Los Angeles.

However, netizen sleuths as usual went hunting and recalled that the two were spotted together in Los Angeles back in February. And went to Cabo with a bunch of friends in March to celebrate Rebel's birthday.

However, Rebel had been dropping hints that she had found someone she was happy to be with. But up until yesterday, evening the actress had not announced who that was.

Her new relationship announcement comes a year after the actress revealed that she had broken up with her then-boyfriend Jacob Busch.

The pair (Rebel and Jacob) reportedly met through mutual friends. After dating for a couple of months, the pair called it quits in February 2021.

Rebel is a big name in Hollywood and is best known for her roles in; The Hustle, Pitch Perfect series, Brides Maids, and Jojo Rabbit just to mention but a few.

She was known as the "funny fat girl" in Hollywood up until last year when she decided for health reasons to shed weight.

Rebel shared that her management team in Hollywood was really against her and eventually disappointed when she made the decision to lose weight.

She said, " They were like why? Why would you want to do that? Because I was earning millions of dollars being the funny fat girl and being that person."

I wish Rebel and her new boo all the happiness in the world and Happy Pride Month to all Rainbows!

Makena Njeri has become the foremost LGBTQ advocate in Kenya
Trending
1 month ago
WATCH: For the latest videos on entertainment stories