'I wanted to fight for custody,' Thee Pluto reveals 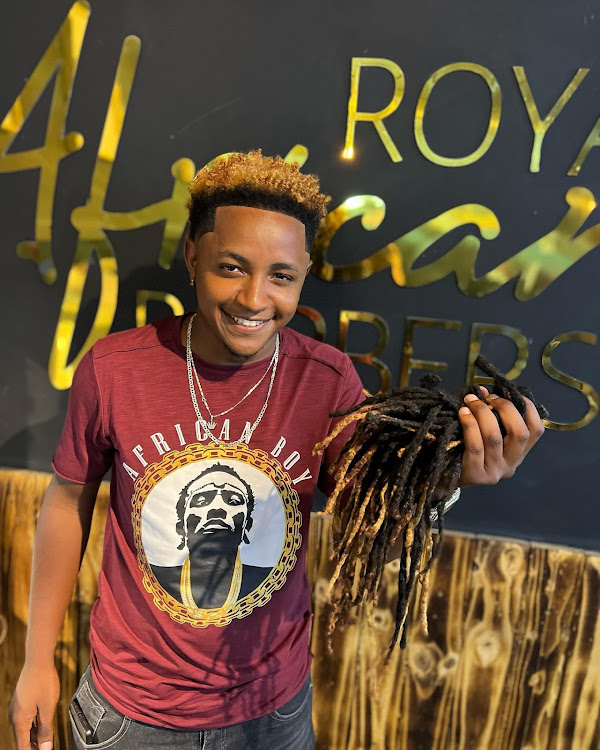 Popular content creator, model and businessman, Robert Ndegwa Kamau popularly known as Thee Pluto has garnered sympathy from Kenyans after he highlighted the baby mama drama he was going through.

Just like everyone else these days, Thee Pluto held an interactive Instagram Question and Answer with his fans to allow them a glimpse into his life.

As usual, Kenyans who very very much love tea were curious to know where the content creator was on his daughter and baby mama front.

A curious netizen asked Thee Pluto why he does not give his baby mama publicity through marketing.

The Instagram user wrote, "Why don't you market your baby mama pia yeye apate jina ianze kumlea hii kanairo (She also builds her name and brand so that she can have something to help her survive in Nairobi)?"

Thee Pluto replied by letting the netizen know that he really does not have any business with her or her family and his sole focus was on his baby.

He wrote, "I have no (business) with my baby mama. Their family did me dirt. My (business) would only be the child."

Another curious fan wanted to know when the YouTuber last saw his child and his reply left a lot of people disturbed and truly feeling pity for 22-year-old.

He replied saying that it had been over an year adding that it really did hurt him. He wrote, "like an year ago. Inauma"  accompanied with a sad face emoji.

Late last year Pluto revealed that his baby mama's family had denied him access to his daughter.

The content creator had organised an expensive party to celebrate his wins at such a tender age. According to him, he wanted to use the party to introduce his lovely daughter to his family and friends.

But sadly his baby mama's family backed out of the plans last minute and were a no-show.

"At 11 AM, the girl's side backed off, I had to go there myself," Pluto said in an interview.

After they failed to turn up, the YouTuber revealed he was so furious that he actually even wanted to engage authorities in a custody case but decided against it.

"I was so disappointed... I was thinking of taking it to court, but then I thought I should leave it to God."

In the music videos category, Tanzania’s songstress Zuchu’s ‘Sukari’ hit song was the most watched followed by ‘Baikoko’ by Mbosso featuring Diamond ...
Entertainment
6 months ago

Thee Pluto reveals why he shaved off his dreads

he needed a change from his normal look but most importantly it was a SH1M dare.
Entertainment
3 months ago
WATCH: For the latest videos on entertainment stories