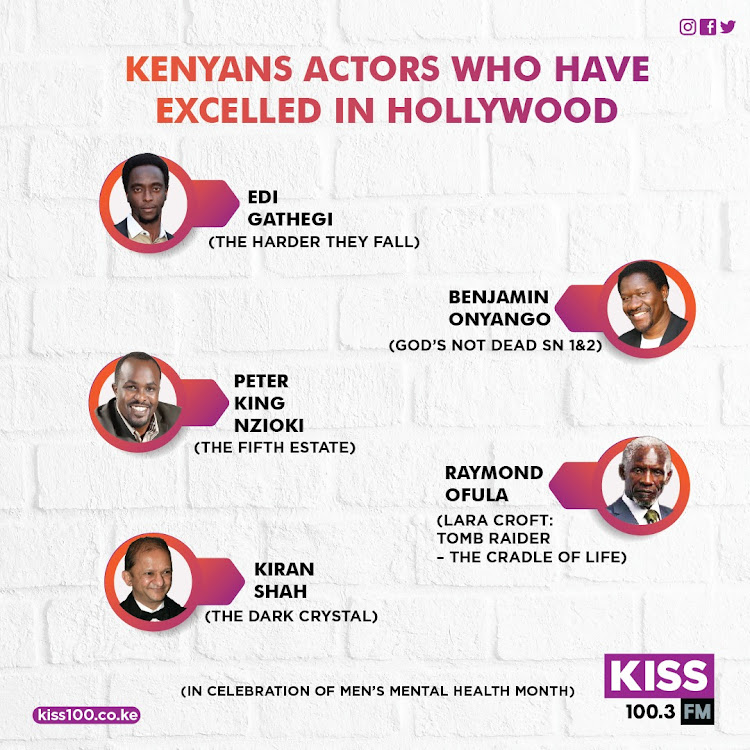 If you did not know, June is Men’s Mental Health month and also hosts Father’s Day so you can say it’s sort of men’s month.

Seeing as it’s a chance to celebrate amazing male figures, strive to abolish toxic masculinity, and advocate for mental health among men, I decided to do a list of Kenyan male figures who not only chased but also secured their dreams.

These are Kenyan actors who’ve made a name for themselves in Hollywood.

They’ve featured in hit movies, series, and TV shows. Some have been in the industry for years and are known for their charismatic nature.

Edi Gathegi has starred in hit series such as Vampire Diaries and Start Up while Benjamin Onyango who’s featured in movies such as Beautifully Broken and God is not Dead is known for his iconic Swahili words in the most movies.

Kiran Shah, who holds the record as the shortest stunt man in the world has been in almost every movie or sequel that requires a dwarf. From acts such: Star Wars-The Rise of Skywalker, Lord of the Rings, and the Dracula Little Boy.

Peter King Nzioki has been in series such as Sense 8 and The Fifth Estate while Raymond Ofula has had successful hits such as Tomb Raider, The Boy Who Harnessed the Wind, and The White Masai.

Honorable mention: The late Owiso Odera (before his death in 2016 he was a well established actor) He’s started in a few faves such as The Original, The Brother's Grimsby, Madam Secretary and Blue Bloods.

These actors are showing the world at large that it doesn’t matter where you’re born, you just have to put your best foot forward and go get what you truly want.