American rapper, Post Malone is officially a father to a little baby girl and is close become a husband too. 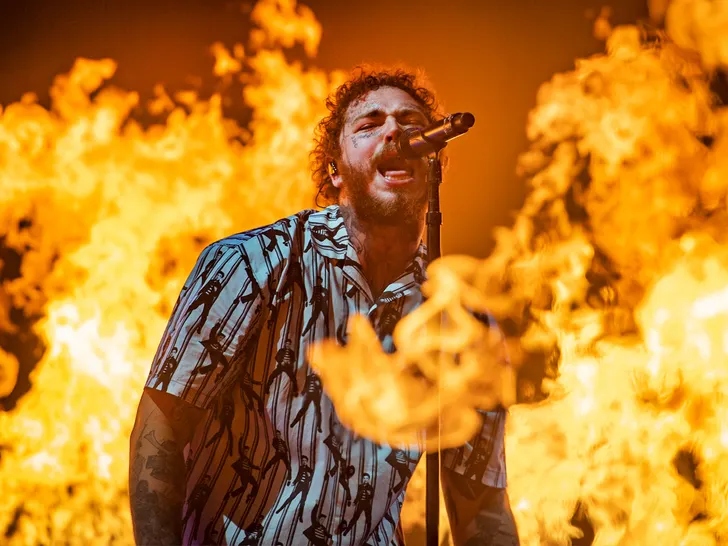 American rapper, Post Malone is officially a father to a little baby girl and is close become a husband too.

The "Better Now" rapper shared the big life updates Monday, appearing on Britain’s Got Talent judge, Howard Stern's radio show, subtly dropping the news into an answer about what time he woke up to go to the recording studio.

“When did you wake up yesterday to go to the studio?”, asked Howard, “I woke up at 2:30, afternoon, and I kissed my baby girl and then I went and played some music.” Answered Post Malone.

The answer took Howard by surprise forcing him to clarify whether, by baby girl, he meant the girlfriend whom he outwardly said he has a daughter, for the first time.

The singer also said that he has kept the news away from the limelight to enable his daughter to make her own choice, joining the fame industry, or living a normal ordinary life.

According to TMZ, Post Malone mentioned, last month, that his girlfriend was pregnant and he was the happiest he's ever been in his life and it was time to take care of his body, family, and friends.

Post also clarified to Howard that his girlfriend is now his fiancé.

Mr. Malone has yet to reveal his partner's name publicly as she's not someone who has spent any time at all in the spotlight as the couple has been building their relationship, and family, in private.

It is definitely a big summer for Post, in addition to the baby girl and engagement, he recently dropped a new album, "Twelve Carat Toothache," and just announced a new tour.

The project is loaded with star power from the likes of The Weeknd, Doja Cat, The Kid LAROI, Roddy Ricch and Robin Pecknold, which explains why he's been more than happy to share updates online with fans.

That s**t made me cry, that s**t me cry". He also posted a series of photos on Twitter with fellow nominees Lady Gaga and Doja Cat, writing, "Can't ...
Entertainment
8 months ago