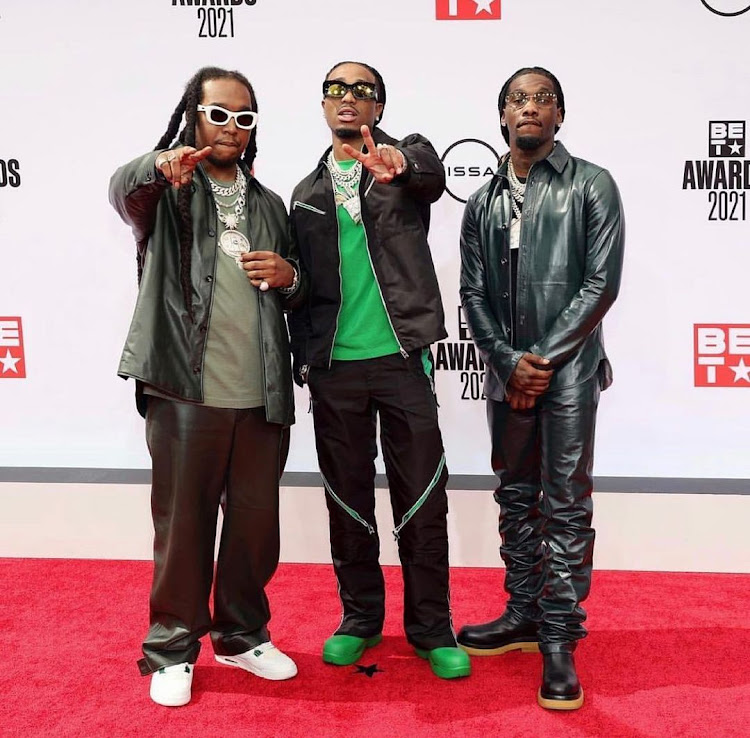 Quavo just gifted Takeoff a breathtaking birthday gift. Following this act, I can say with a big grin that Migos are still intact!

It seems the Migos trio has not broken up as fans had earlier speculated. One of the group members, Takeoff just turned a year older, and to celebrate his birthday, his dear uncle Quavo gifted him an icy Migos chain to mark his birthday.

Quavo bought Takeoff the icy bling for his 28th birthday (according to celebrity jeweler Elliot Eliantte.)

The chain cost the rapper a whooping 350k dollars which when converted amounts to... wait for it.... over 41 million Kenyan shillings.

Quavo posted a video of Takeoff wishing him a happy birthday as he animatedly narrated how part of his nephew's birthday went down.

Guess Dominique was not lying in all the Fast and Furious movies when he constantly said family was everything and they always stick together.

Now each member of the group officially has the matching customized chain with each members' chain housing a picture of all 3 Migos members while each individual is the center of their own chain with the other two at the sides.

Quavo and Offset got the chains last year as birthday presents while Takeoff finally got his this year.

The gift comes a month after rumours that the trio might have broken up.

The rumours started when netizen sleuths noticed that Offset, had unfollowed Quavo and Takeoff ( his fellow group members) on Instagram.

As if that was not bad enough, Quavo and Takeoff were also set to release a new song dubbed, 'Hotel Lobby,' without Offset.

And it gets crazier; The two were to release the song under new names: Unc and Phew. Plus they made the announcement on the very day Offset unfollowed them.

To top it all off, Offset's wife, rapper, and actress Cardi B rallied behind her man as she also unfollowed Takeoff and Quavo on Instagram.

However, Cardi did post a cryptic message on her Twitter saying, "I should of did a screen recording of the pages I unfollowed cause now I’m trying to follow back and don’t remember the @ names.”

The act which came without any public drama or confrontation is what had fans incredibly worried that there was trouble brewing at home.

A source did disclose that the trio is very much still together and shed light on why they had to cancel their Governors Ball performance. Turns out it was because of a scheduling conflict.

However, nothing says we are together more than icy diamonds so we can breathe a sigh of relief as we continue to bop to their old music awaiting a new release (fingers crossed)

Kanye was banned from performing at the Grammys due to ‘concerning online behavior’,
Entertainment
10 months ago

Cardi B reflects on 'great relationship' with Offset's children

The couple appears on the cover of the May/June 2022 issue of Essence magazine, along with their family. Cardi and Offset share daughter Kulture and ...
Entertainment
9 months ago