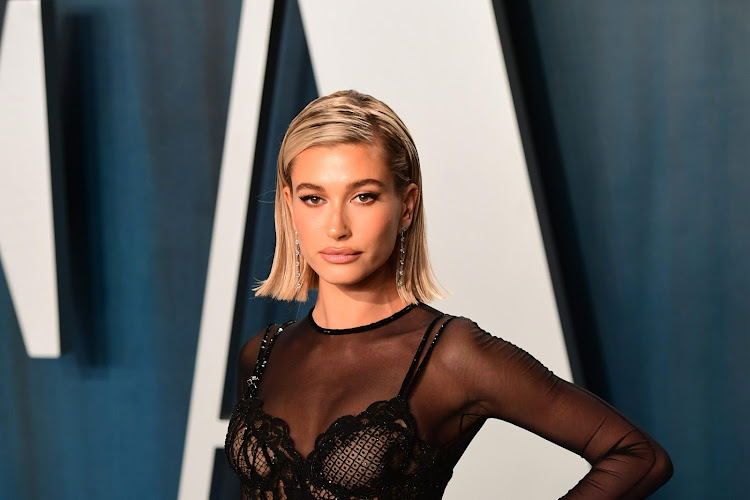 American fashion, runway model and actress Hailey Baldwin Bieber is on the news and not for any glamorous reasons.

Hailey, wife to award-studded Canadian artist Justin Bieber is being sued for Trademark infringement issues following the launch of her new skincare line.

Clothing and accessories company Rhode NYC co-owners Purna Khatau and Phoebe Vickers sued the super model's company terming that Hailey and her new business, Rhode, could easily wash away all the hard work they've put into their brand over the last 9 years.

In the court files Khatau said she and Vickers started the company back in May 2019 and had dedicated themselves to growing and nurturing the RHODE brand through much personal sacrifice and hardship.

They also claimed Hailey's "Rhode" logo looks very similar to the one they have and Khatau claimed they were considering expanding to makeup and skincare, in her declaration.

Adding that 4 years ago the model had tried buying the rights to the name from them but they declined.

The co-founders stated that they had already started facing online issues with people tagging Hailey's company instead of theirs while trying to showcase the clothes they had purchased.

The clothing brand also believes Hailey's celebrity status is the reason her company is already taking off also not forgetting the fact that her famous husband Justin Bieber promoted the company to his 243 million Instagram followers.

They are asking the judge to force Hailey's company to stop using the Rhode name and come up with something else to avoid further confusion and further harm to their brand.

Hailey Bieber launched her Rhode skincare line earlier this month letting people know that her products were set to be affordable with everything being set at under 30 dollars.

The lawsuit also alleges that Instagram first promised the @rhode handle to the designers since it was "Dormant per Instagram policy, but after initially promising it to us, Instagram decided to allow Ms. Bieber to use it even though it had no posts until June 8, 2022."

Hailey while celebrating her week-old company also posted, "The past 24hrs has been one of the craziest whirlwinds of my life but also the most fulfilling amazing experience. Creating and building @rhode has been one of the most beautiful and rewarding things in my life - and now seeing it out in the world and seeing the response I am genuinely overwhelmed. Thank you to my amazing team @rhode couldn’t do this without you."

Hailey was rushed to the hospital after suffering stroke-like symptoms and doctors found a small blood clot in her brain.
Entertainment
2 months ago
WATCH: For the latest videos on entertainment stories