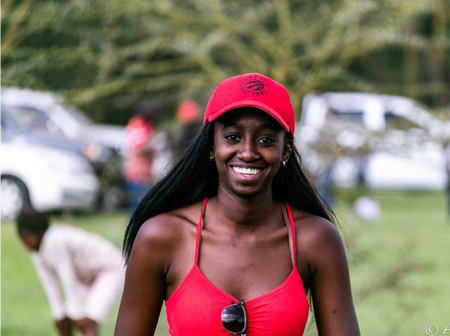 Maxine Wahome started riding at the age of 12 on an 85 cc KTM bike. Later progressed to a 250cc bike.

She was introduced to the arena of motorsport by her family.

Her dad was a rally driver since her tender age. She has competed in bike racing for 10 years. Last year was her first time competing in the rally in the national category, but this year she gets to compete at the junior level.

"Last year was a whole learning experience for me. It was my first time in World rally Championship (WRC).

I took it up as an opportunity to learn rallying and navigation," Maxine remarked.

In a past interview, she highlighted that racing against men is not a walk in the park.

To quantify, Maxine had to change her diet and work hard.

The 26-year-old emerged victorious at the inaugural Lioness Rally in Kasarani Nairobi, an all-female affair.

She got to race with women for the first time in 2016.

She aspires to be the biggest rally driver in Kenya, Africa, and the world.

"Everyone has their strategy, and my strategy is to finish,” Maxine said.

She looks forward to finishing and making it among the top 20.

She will be racing in a Ford Fiesta R3.

Last year, she was in a Subaru Impreza N10 Some of her official partners for the World Rally Championship are Safaricom and KenyaAirways.

She remarked on The Star, “I participated in last year's WRC Championship without a sponsor,and it was a bit expensive to meet all the requirements from the FIA. I was among the people who did not finish the rally last year, but with the sponsorship, I feel I am ready to finish the race."

Aside from Maxine being a motor sport enthusiast, she is a nursery school teacher at Montessori school in Nairobi.

Touted as one of the most famous music festivals in East and Central Africa, Koroga Festival makes a comeback after a 2-year hiatus due to ...
Entertainment
3 weeks ago

Maryanne Oketch has become the second black woman to win The Survivor.
Trending
1 month ago
WATCH: For the latest videos on entertainment stories