The prosecutors argued that giving Nicki Minaj's husband house confinement was not harsh enough and in line with their idea of crime and punishment. 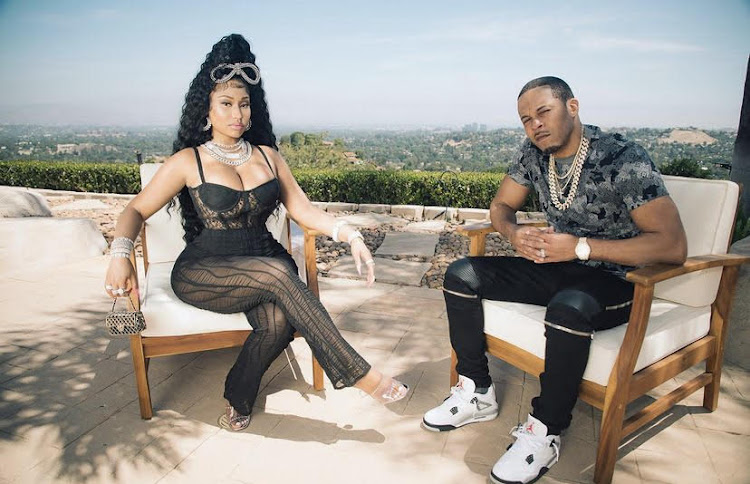 Yes, if you did not know (do you live under a rock or something?) Nicki Minaj's husband and father to her adorable kid "Papa Bear" is a sex offender.

Back in 1995, Ken was convicted of attempted rape and served almost 4 years in a New York federal prison.

According to Nicki Minaj, Kenny was 15 and the girl in the case was 16 years old and they were apparently dating. However, according to court records, it is indicated he was 16 at the time of conviction and it was noted he did try to rape the victim.

So now, according to US laws as a convicted sex offender, one is required to register themselves with each state once they move there from their original state.

The 'Anaconda' hit-maker husband is in lots of trouble because he failed to do exactly that when he moved to California.

Well, Kenneth for the past 2 decades had been a good boy, keeping up with his sex offender registry paperwork up until around 2019 when he slipped.

In his hearing, Petty told the court he didn't know the specific requirements to register upon leaving New York state, but prosecutors were not buying it.

They argued that Kenny was well aware of the rules as he used to get annual warnings for the past 20 years.

Now, according to TMZ HipHop, new legal documents were obtained which site that federal prosecutors do not think 6 months behind bars followed by supervised release is sufficient punishment for Kenneth Petty, who pleaded guilty to the offence.

Seems a little like a targeted man-hunt to me since we've seen celebrities get away with just a slap on the wrist following more grievous crimes.

Hear me out first, no I'm not defending a sex offender! I would never but looking at Ken's case and the prosecutor's arguments it really does seem so.

The prosecutors are recommending he serves 15 months of real prison time, accompanied by 5 years of supervised release and on top of that he pays around 6.4 million (in Kenyan shillings) in retribution

They also specifically note any home confinement ordered as part of his supervised release would be spent in a huge Calabasas home where he and Nicki live in "a gated affluent community" which includes the sort of luxury that is definitely not in line with their idea of crime and punishment.

In fact, the U.S. Attorney's Office seems to think that lap of luxury is what led Kenny down the wrong path.

They argued, "Defendant began dating his wife, quit his job, moved to Los Angeles, and adopted an affluent lifestyle."

The judge hearing Kenny's case is set to deliver the final judgement in regards to when sentencing goes down on the 6th of July.

DJ Mistakes Cardi B For Nicki Minaj & the Rapper Reacts

The Cardi B and Nicki Minaj drama resurfaced again at a club appearance and the Bronx native says it was a setup.
Entertainment
6 months ago