Obinna and Kamene: Azimio failed in their attempt to paint Ruto badly 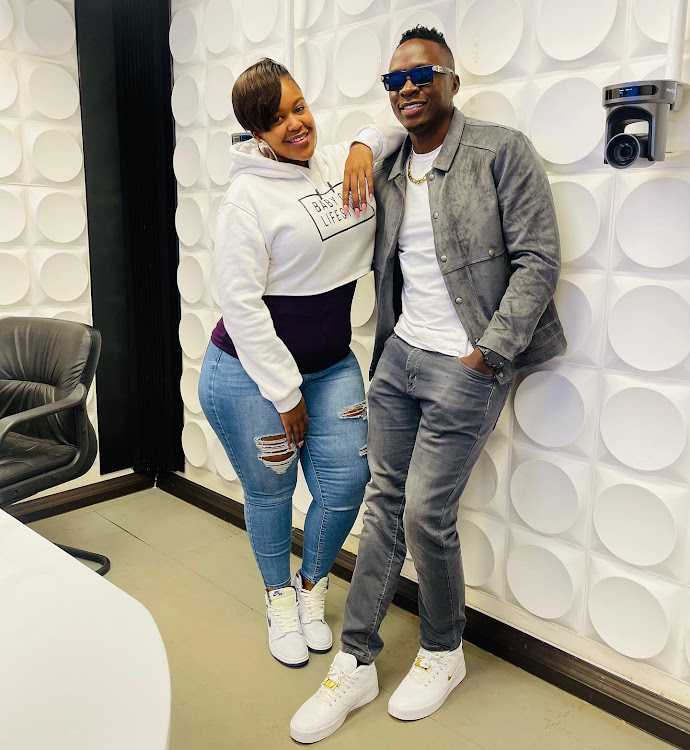 Radio hosts Kamene and Obinna during their show decided to tackle one of the biggest stories that had the whole nation talking, a leaked audio of the Deputy President William Ruto.

" I'm telling you the things that have been happening, wueh hadi I'm like kwani niko nchi ingine ( I was so shocked wondering if I'm in a different country..." Obinna said in shock.

He went on to clearly highlight what he was talking about to his co-host and listeners.

" You know over the weekend there is a clip that Junet decided to play for the public..." Obinna stated before Kamene cut him off adding, " omg but you know Junet huyo msee ni mchomez ( he burns a lot)..."

Obinna resumed his story telling adding that Junet had played an audio clip that was allegedly from the Deputy principal, William Ruto.

"  In the clip the DP was saying how the president ( Uhuru) wanted to quit hii mambo ya second term, saying that he wanted to go back to.... I've forgotten the name of that place.

I think it's their country home," Obinna narrated before adding that in the alleged audio the DP said that Uhuru had given up.

" So when Ruto got to State House and looked at the gentleman he was like this is not going to happen. He was even going to slap the brother, he (Ruto) said that it was out of respect that he did not slap the brother." Obinna finished his narration before he started making fun of the whole situation.

Kamene joined in whining playing the dejected president, " so we are at statehouse or wherever and I'm like... I don't want to do this anymore."

"Basically that is what happened, " Obinna said amidst laughter.

" I'm tired... these guys keep on trolling me on twitter... they do not even appreciate me, William you don't get it, they don't make fun of you like they do of me," Kamene continued in a sing-song voice whining some more.

Obinna seconded Kamene saying that that was probably what was going on as he continued mocking the situation as well.

" DP prepared a slap, with Thor's power and then he caught himself an put his hand in his pocket telling himself in an inner voice, William don't do it," Obinna said.

Before adding that after listening to the clip he came to the conclusion that it was a wrong move on all fronts.

"Even in as much as Azimio played it it was a wrong move on their end because it means that the DP actually made Uhuru for the last term because he had thrown in the towel...." Obinna said.

Kamene agreed with her co-host adding that it also highlights that the DP is a good friend, he pushed the President when he was at his lowest. It also shows resilience on Ruto's front and restraint as he wanted to slap the president but did not.

The two finalized their conversation by agreeing that Azimio had failed in their effort to try and paint Ruto badly in their campaigning antics.

Obinna-Bahati should get back in studio with Willy Paul

Jalas described his co-host Kamene as an inspiration for the last two years they've been a team.
Entertainment
11 months ago
WATCH: For the latest videos on entertainment stories