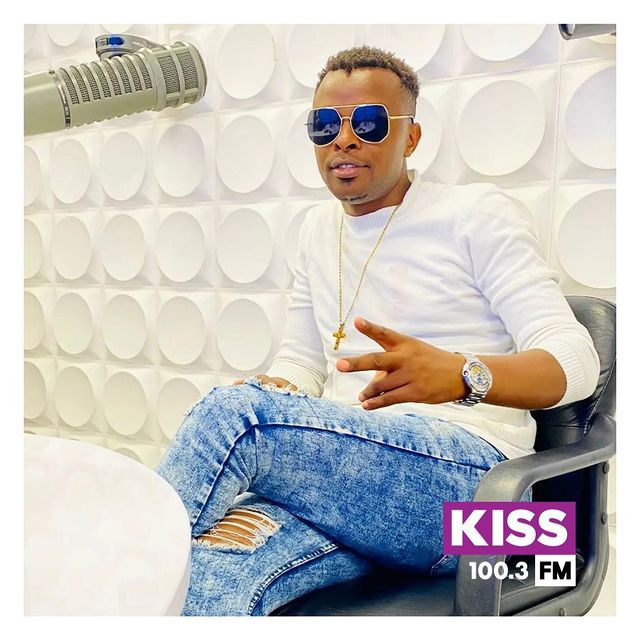 Alex Apoko, famously known as Ringtone, is a household name in the Kenyan Gospel scenes.

He has released some dope tracks with some big names, e.g. Ada Ehi from Nigeria, Christina Shusho, Rose Muhando, Goodluck Gozbert, Maji Maji, and has featured the likes of Azziad and others on his songs.

Having been a constant for over 10 years, it was a shock for some but to others, not news at all as he announced yesterday it was a wrap for him in the Gospel Music.

On a quest to delve deeper into the matter, Ringtone had some confessions to make. Ladies, a moment, please...Ringtone in a phone interview said YOU guys were the cause for his abrupt shift in gears.

“Instead of ladies following the God I preach, they follow me,” Ringtone opened up.

“Even if you check my Instagram page, most of my followers are ladies. I want ladies to focus on God, not me,” he added.

Let's meet behind the tent lady's, without fail.

Ringtone proceeded to disclose that Gospel Artists are happy that he has exited the scene.

“Most gospel artists are happy that I am exiting gospel music. They saw me as a threat and why they were not making a lot of money,” the ‘Tenda Wema' hitmaker made it known.

As far as Ringtone is concerned, he doesn't know whether love songs are secular on not

On claims that he was crossing over for the money, he made it known that he is a Kenyan Billionaire.

He observed that Gospel music made him a lot of money and can fund all the secular artists in Kenya.

As speculations have it, Ringtone was throwing shade at Otile Brown as he said secular artists should not see him as a competitor.

“Mimi napenda Otile Brown, Diana b, Nadia, I love them all and they should not feel threatened,” he echoed.

Ringtone disclosed that next week Friday, he will be releasing his first love song.“I have already done the song, and the title is ‘Mapenzi yetu Pamoja,” he revealed.

the gospel superstar narrated how he was forced to sit on a table with his date who brought her brother! Her excuse? 'I don't walk alone'
Entertainment
7 months ago