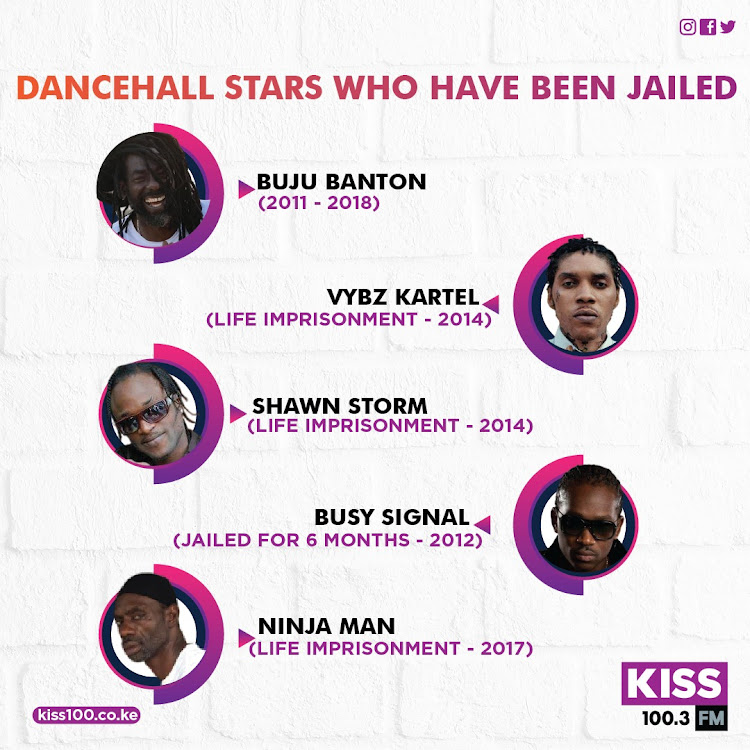 Dancehall stars who have been jailed

A while back, celebrated reggae star Jah Cure was sentenced to six years in prison in the Netherlands for attempted manslaughter.

In a ruling delivered in a Netherlands court, the Jamaican was found guilty of attempted murder.

He spent his 43rd birthday, Christmas and New Year’s day behind bars after being arraigned in a Netherlands court last year.

According to Franklin Wattimena, the Press officer of the Netherlands Public prosecution, Jah Cure will serve 6 years in prison with credit for time already served.

The artiste’s legal team are allowed to appeal the ruling in the Netherlands Court of Appeal within two weeks.

“The musician was sentenced to six years in Prison –with credit for time served for attempted manslaughter. The court finds him not guilty for attempted murder… bother the man (Jah Cure) and his legal team can appeal to the Court of within two weeks if they disagree with the court’s ruling,” Wattimena noted.

Back in 2019, Ja Cure headlined the Umoja Splash Festival, which took place at Uhuru Gardens.

As Jah Cure made his second trip back to the nation after seven years, a sizable crowd gathered to watch his performance.

He had a 2-hour standout performance, singing Before I leave, Wake Up, Pretty Face, Rasta, All of Me, That Girl, Never Find, and Call on Me.

In the wake of his conviction, we compiled a list of other dancehall stars who have either served time or are currently behind bars.

Nyashinski, Khaligraph and Hart the band bagged multiple nominations ahead of the ceremony which will take place in Nairobi on May 15th, 2022.
Entertainment
4 months ago