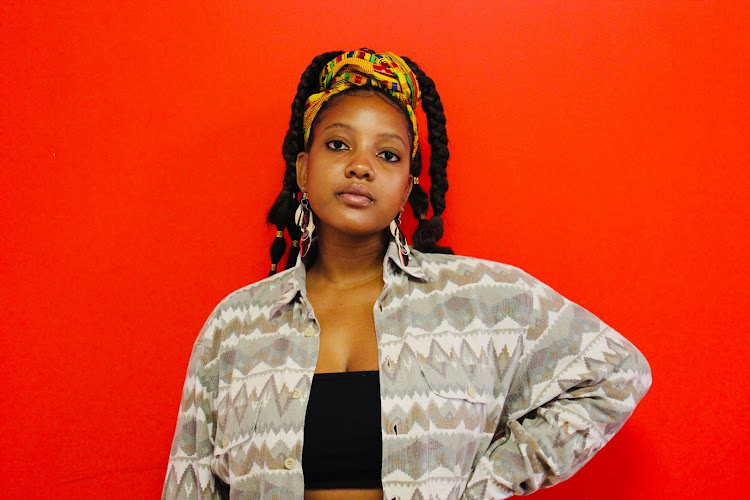 Speaking to 2nd runners up of Miss Curvy Curve Kenya, Kapendezo Ruwah she opened up about the struggles she has gone through to get where she is at both in confidence and stature.

Kenya just like the world at large is rising up, (well more of ditching village mentality) and embracing curvy models.

Honestly I do not even know when as African's who we've been curvy from ages ago got the mentality that big was not beautiful.

" I have been told so many times... You know how growing up with low self esteem because growing up being told you need to lose weight. Or you go somewhere and you are told, you are beautiful for a big girl and I'm like why can't I just be beautiful?"  The 23-year-old said during her interview with Mpasho's Hannie Petra.

She went on to highlight what had pushed her to join the competition.

" I wanted a platform that supports women who are not termed 'beautiful' according to societal norms. When a lot of people hear plus size they automatically think fat which is not the truth of the matter," Kapendezo confidently said.

Adding that she really wanted to express herself and in the long run end up inspiring other girls out there.

Not as cut throat as we see in movies but she definitely revealed it was crazy.

"It was hectic, a competition like any other. Some people were happy for each other though not most, as you know with most competitions there will be a little bit of jealousy and hatred here and there," the jovial model said.

She went on to mention that growing up she did not quite know that Plus size girls had a platform and could actually shine in the field of modelling.

Kapendezo touched on the bullying especially online that comes with having curves.

" After the competition, I ventured into runway modelling and it was odd at first because I do not look like everyone else. People were always looking at me like what is this one doing here?

I usually got some not so nice looks which was not good." Kapendezo went on to say as she point out how since she was young she has battled being a big bodied girl and people's opinions of her body.

Kapendezo added that she learnt to overly love herself, accept her curves and rise above the insecurities, backhanded comments and the hate after crying herself to sleep a couple of times growing up.

The 23-year-old finished off by mentioning that she is super proud of herself as by overcoming her fears she helped other girls rise above their fears of their body type. Talking of the numerous messages she has received of people saying that they are following her steps or because of her they love themselves more.

Elsa Majimbo, is set to broadcast a new documentary based on the harsh reality behind being ‘unashamedly’ herself.
Entertainment
3 months ago

However, the medication ended up suppressing Bella's appetite and led to her battle with anorexia nervosa
Entertainment
4 months ago
WATCH: For the latest videos on entertainment stories