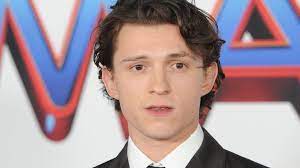 Spider-Man actor Tom Holland has said he is stepping back from social media, as he finds it can be "detrimental" to his mental health.

Many fans applauded him for it online, with one calling it "a smart move".

In a video posted online, Holland said: "I find Instagram and Twitter to be overstimulating, to be overwhelming.

"I get caught up and I spiral when I read things about me online and ultimately it's very detrimental to my mental state.

"So I decided to take a step back and delete the app."

Holland stars as the titular superhero in Spider-Man: No Way Home, which critics praised last year on its release and was hugely successful at the box office.

In the video, posted to his 67 million Instagram followers, Holland took the opportunity to promote a charity dedicated to encouraging positive mental health among teenagers.

"Please take all the time you need," commented another fan. "The thing that matters the most is your well being."

Pop star Justin Bieber, who has previously spoken up about his own mental health issues, replied with: "Love you man."

Last year, a report from the Education Policy Institute and The Prince's Trust found teenagers' mental health, well-being and self-esteem was being damaged by heavy social media use.

Actor and singer Gomez noted a few years ago that social media has been "terrible" for her generation, urging people to set time limits on their online activity.

Other stars like Ed Sheeran, Camila Cabello and Demi Lovato have also taken themselves off social media for certain periods of time.

The effects of social media, it seems, are not only being felt by the young, as veteran screen and stage actor Robert Lindsay also announced on Sunday he was intending to spend less time on Twitter.

The My Family star said he was taking action as his son noted it was "affecting his daily life, thoughts and imaginings".

"He's right of course and I need to detox from the stresses of social media and concentrate on what I set out to do three years ago and write," said the 72-year-old Bafta-winner.

He added: "I'm so proud of my son who has like many young people suffered because of social media for recognising my constant distraction from what I really should be doing."