Pete is a private person something that Kim respected 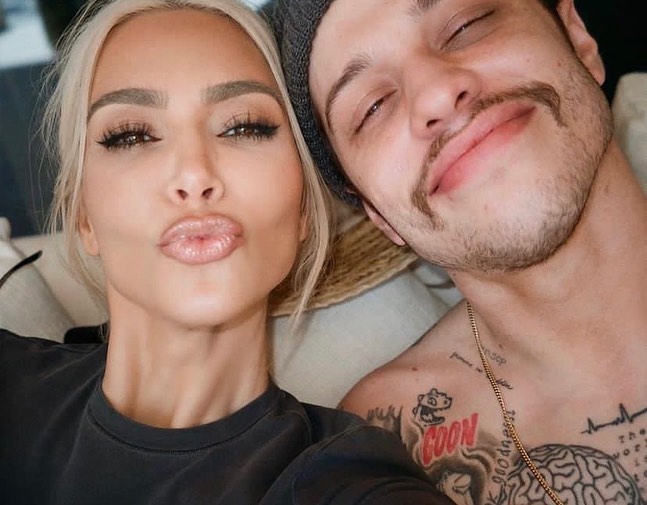 Kim Kardashian with Pete Davidson in the past
Image: Instagram

The Season 2 teaser for "The Kardashians" on Hulu is misleading according to a new report on Page Six.

The reason for that? It will not feature a lot of Pete Davidson although he does appear in the teaser.

According to the report, the comedian will apparently not feature that much in the show.

"He's in the background, but the actual world is not built for guys like Pete," told the website.

In a teaser for the new season, Kim can be heard praising Pete saying that she is having a great time with her new boyfriend.

"Life is fantastic. I have a new boyfriend, and I am just having a really good time,” she says.

Later on in another scene, Kim is seen giving him a suggestive invitation in front of her sister Khloé Kardashian while the now-ex-couple attends the Met Gala.

“Babe, do you want to shower with me really quick?” she asked Davidson as he then races behind her.

According to Page Six, those will be the only scenes that Pete will be involved in.

The reason for that was that Pete is a very private person, a fact that the 41-year-old Kim understood and was respectful of.

The couple broke off their 9-month relationship last week something that surprised most outsiders.

A report on Radar Online indicated that Pete had proposed just before the couple's breakup.

According to the website, "Everything was simply happening too quickly. When Kim wanted to calm things down, Pete made a proposal.

"He is in shock. Everyone warned him that he was going to push her away, but he didn’t listen," the source told the website.

Pete has a history of having brief relationships, one of which being with the singer Ariana Grande.

The two fell in love quickly, got tattoos to show their love, were engaged after a few weeks, and broke up by October of 2018.

The death of Grande's ex-boyfriend Mac Miller due to an unintentional drug overdose occurred shortly after Davidson and Grande announced their engagement.

News of the breakup comes nearly five months after the duo were first linked together.
Entertainment
3 months ago
WATCH: For the latest videos on entertainment stories