House of the Dragon: TV critics give verdicts on Game of Thrones prequel 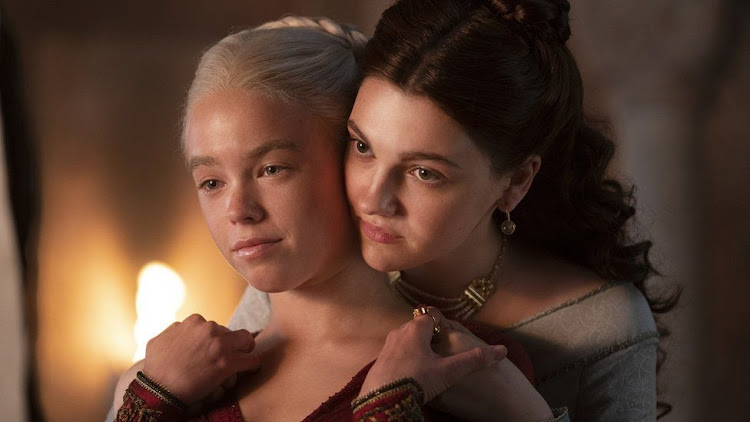 Does Game of Thrones prequel House of the Dragon live up to the original?

That's the question critics have tried to address in the first reviews of the hotly-anticipated new series - but the answer is somewhat inconclusive.

Some, like The Guardian, declared it "a roaring success" that's "as great as its predecessor in its heyday".

Others were were more lukewarm. The Telegraph said it falls "a little way short", while The Wrap went further and declared that it "pales in comparison".

House of the Dragon has reportedly cost almost £20m (£16.8m) per episode and will be available to watch in the US on Sunday and the UK on Monday.

It is based on parts of author George RR Martin's 2018 bestseller Fire and Blood, set almost 200 years before the start of Game of Thrones.

The Guardian's Lucy Mangan said it was "a relief" that "a good time is coming".

"In short, all is as it was in GoT's heyday," she wrote. "Fun, propulsive, looking great and sounding passable."

In its five-star review, The Times described the new series as "visually sumptuous, well-acted (for the most part), crisply written and cleverly pitched".

It will be "accessible to anyone who hasn't seen a second of Game of Thrones but reassuringly familiar to those who've watched the whole thing", according to Ben Dowell.

Meanwhile, the Los Angeles Times agreed that House of the Dragon "recaptures the power, grandeur of the original".

The prequel "immediately thrusts viewers into the familiar sights and sounds of the Game of Thrones universe", critic Lorraine Ali wrote, "a smashing success."

"A strong stomach is still required upon returning to Westeros (beware of wanton beheadings, carts full of dismembered body parts and worse), though previous fandom is not a requisite for becoming invested in House of the Dragon."

Ali also noted that early scenes showing childbirth and jousting "are powerful enough on their own to render the first episode a smashing success and show that House of the Dragon has a depth of understanding of its female characters that GoT took years to find".

But once the game is finally set up for play, things become quickly auspicious. The barbed relationship between former friends Rhaenyra and Alicent becomes particularly riveting, the stakes of their simmering but potentially mortal competition compounded by motherhood."

According to The Hollywood Reporter, House of the Dragon is primarily the story of Rhaenyra, played in adulthood by Emma D'Arcy, and Olivia Cooke's Alicent "navigating paths to power in a male-dominated world, being raised by fathers who don't have a clue how to raise them, while Matt Smith rides dragons and chews scenery".

The Oscars are still almost eight months away, but film awards season is already taking shape
Trending
1 month ago

A look into the late Nairobi Half Life, 'Oti's' life

The films ; Don't Worry Darling and My Policeman are in contention for the 2023 Academy Awards.
Trending
1 month ago
WATCH: For the latest videos on entertainment stories