Girlbosses: The women being demonized on screen

Few stereotypes are more derided than the 'girlboss', a term used to refer to women focusing on self-empowerment at others' expense 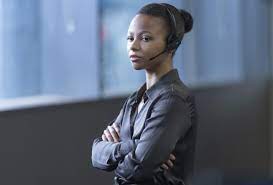 In the new series of Industry, the HBO drama about young bankers in London that has just returned after the first season proved a zeitgeist-y hit.

We see that Yasmin (Marisa Abela), previously a naive graduate, has risen through the ritual humiliations of the Pier-point & Co foreign exchange desk.

She holds court at lavish client dinners, enjoys a hedonistic nightlife and makes deals the morning after, strutting around the finance floor in power designer suits. To borrow social media vernacular, she is totally bossing it.

But when a new trainee, Venetia (Indy Lewis), joins her desk, Yasmin has no intention of making life easy for her.

She tells her that she's expected to get everyone lunch each day and to "get used to dimming her light". "Sorry, I just don't think that's what I’m here to do," the confident Venetia responds. "Let me tell you this for free…" Yasmin whispers, a bright smile failing to hide the daggers coming from her eyes, "you need to get everyone on side, there is a system".

Despite Yasmin having only recently been in Venetia's position herself, it's clear she has no intention of helping her out: instead she's pulling up the ladder behind her.

It's a scene that reflects the criticism increasingly directed at one particular modern female archetype: the so-called "girl boss".

For a while, when the term came to popular use midway through the last decade, it was a positive, aspirational term designed to refer to the ideal of a go-getting 21st Century career-focused woman.

However, these days, while it is still part of common language on social media and otherwise (with 26.6 million Instagram posts using the hashtag girlboss and counting), it is also used in a more derogatory fashion – to refer to a woman practising what critics say is a kind of corporate faux-feminism, that is focused on her own self-empowerment at the expense of others, and especially other women.

It's a phrase that has been wielded notably against highly-privileged female celebrities and influencers making what many have seen as tone-deaf statements about their own industriousness and other people's inferior work ethics.

Most famously, when Kim Kardashian complained to Variety that "nobody wants to work these days".

And if critique of the concept has been going on for a while – in articles such as The Atlantic's 2020 essay The Girlboss Has Left the Building – then it is now showing up in TV and film in a conspicuous way.

There is also the popular phrase "Gaslight, Gate-keep, Girl-boss" that has entered popular culture as a succinct, satirical summation of what critics see as the malign girl-boss ethos.

LIST: Locally produced movies and series you should binge watch

I have listed a number of some of the locally produced shows that you should binge watch before January comes to an end.
Entertainment
8 months ago

Demi Lovato from a young age expressed love for rock music but never pursued it till now
Entertainment
1 month ago
WATCH: For the latest videos on entertainment stories