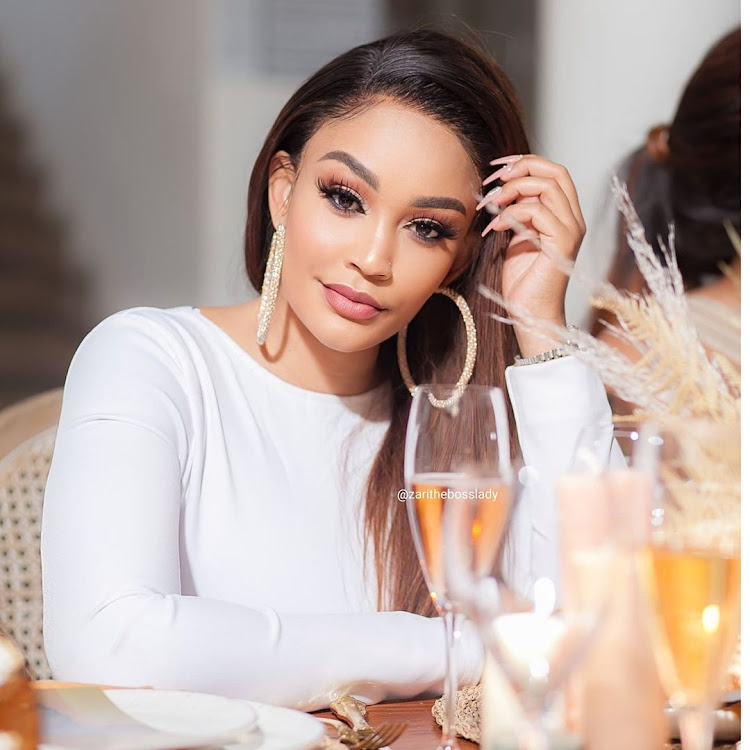 Businesswoman Zari Hassan has commented on how people keep asking her why she is dating a young man.

She posted on her Instagram stories, saying that people keep being in her relationship business.

The social media star stated that her man is not young and that he is older than people think.

This is not the first time Zari has been asked about the reason for dating younger men than she is.

"People keep saying it's cute that I have a young man but he is not," she stated.

The South Africa-based businesswoman said that if she wasn't famous no one would know that she had older kids.

"I am turning 42 this year, If you didn't know me before and I popped out with Latifah and Nilan you wouldn't know I have older kids," she stressed.

Zari continued to lament that she is turning a year older and that if she was just spotted with her two young kids people would think she was not her age.

"Some of us had kids at a young age and we grew as they grew older," she insisted.

The socialite questioned the double standard when it came to men dating women younger than their age.

"Why is it when men date young girls it is okay but it's the opposite for women, the society!" she questioned.

Zari and Diamond romantically held each other as they smiled at each other. Diamond and Zari have new relationships.

"We said it's better to come with a few people to represent the family so that the family from here can get to know each other and strengthen the bond and make sure we collaborate in various aspects. Thank you everybody for coming, " Diamond said while explaining why he tagged along family members to the birthday party in South Africa.

Zari and this new guy started dating after she fell out with another Ugandan man, GK Choppa
Trending
2 months ago