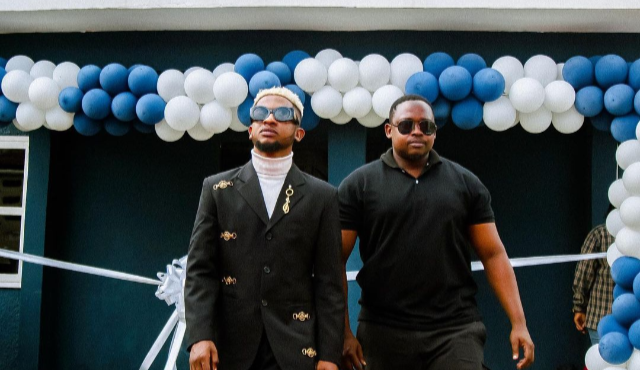 This is after Platnumz's official photographer and videographer Lukamba ended his relationship with his employer, WCB Wasafi thus moving forward to launch his own company dubbed Imagix Media.

According to the talented photographer, his company which is the beginning of bigger things in his life will be dealing with video-related content such as weddings, photo shoots, documentaries, and movies

“Production requires knowledgeable people. The person who used to own this company was unable to run it and he sold it to me. I have spent almost Tsh200 million on this project,” Lukamba explained.

During the launch, Lukamba said that he is still in good books with his former boss Chibu Dangote despite his decision to exit his company. - insisting that the exit was a bid to grow his career.

"As for me, I am still on good terms with Diamond and WCB Wasafi and that is why I have invited them to this launch. They are still family. But at the end of the day, those who want to support will support, and those who don’t want, then we won’t force them,” the videographer insisted.

On April 1st, 2018, Kifesi announced that he had decided t part ways with WCB Wasafi after 5 years to pursue his dream life.

“Today is a holy day and a day of worship for me, it’s a day that I have decided to make a decision that will change my life.

This is the real reason Harmonize left Diamond's label