The editor, Edward Enninful is the first male chief editor to be appointed by British vogue although he's struggled with poor eyesight half his life. 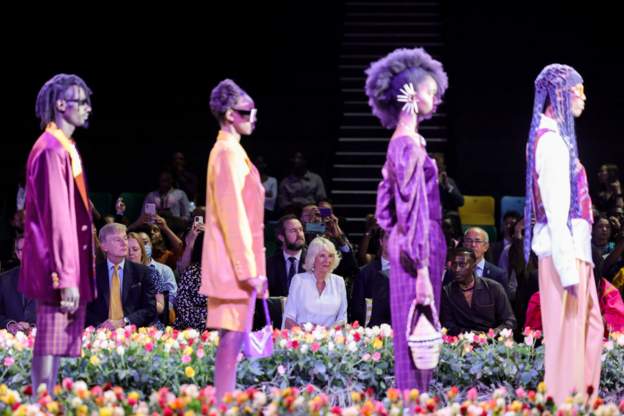 Edward Enninful the editor-in-chief of British Vogue in a recent interview  revealed that losing his eyesight is currently his biggest fear. Edward broke the internet back in 2017 when he became the first male editor to be hired by British Vogue.

Edward is a pure reflection of grit and stamina.

Although he has had poor vision for much of his life, as well as the blood condition thalassaemia,(  for which he had several transfusions ) which causes regular bouts of severe pain, he's risen above it all to curve his name in the fashion industry.

Speaking about his fears, Enninful said" losing eyesight is my biggest fear. I never had good eyesight anyway. I always had my minus 10 glasses and I had four retinal detachments [needing] surgery each time.

Then three weeks looking at the ground in a dark room and not lifting up your head. And yes, it was very psychologically intense."

Before adding that the struggles and his breakthrough taught him that one does not need perfect vision to create art.

"But what I've also learned is... you don't need perfect vision to create. You don't need 20/20 vision to see images. So that's the irony of it: though I have bad eyesight, I'm still able to create images that people seem to resonate with." said Edward.

At the age of 16, ( after moving with his family at 13, from Ghana to South London) Enninful was spotted on the London Underground by the stylist Simon Foxton, who said he had the potential to be a model.

He enrolled at Goldsmiths University after being encouraged by fellow model and future director Steve McQueen. But by then, he had a senior job on i-D magazine.

After confessing to his father that he'd been skipping university to pursue his dreams in fashion, his father threw him out of the house and the two didn't speak for 15 years,however they've long reconciled now.

Being the big deal that he is, there have been long talks in the fashion and media industry that he is likely to succeed fellow British editor, Anna Wintour, as editor of American Vogue when she steps down.

On the allegations,Enninful said: "People love to speculate about mine and Anna's relationship, but I'm so happy doing what I'm doing right now.... but you know, you never know what the future holds."

Why fitness is vital in modeling