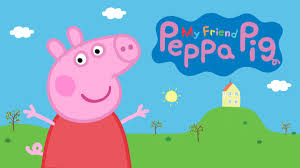 It's a new era of representation and kids shows are apparently not getting left out. Popular kids cartoon Peppa Pig is arguably one of the most recognizable and popular cartoon animals in the world.

The show is watched in 180 countries and translated in 40 languages.

The show is widely loved as it has no villain characters and the conflicts are minimal and quickly resolved before they can escalate to anything.

So it came as a surprise when after 18 years of airing that the show decided to introduce its first same-sex couple.

During an episode titled 'Families,' the British pink pig character was introduced to her friend's Penny Polar Bear parents. Penny talked about her two mommies and what makes each special.

While drawing a family picture, two polar bears in dresses Penny explained,  "I live with my mummy and my other mummy. One mummy is a doctor and one mummy cooks spaghetti. I love spaghetti."

The episode left a lot of grown-up's conflicted as some praised the move while others accused the creators of just ticking off a box and indoctrination.

The move comes in two years after a petition was created on a US based website, demanding a "same-sex parent family on Peppa Pig, to make it more inclusive to all kids" which has since then garnered almost 24,000 signatures.

The franchise has toys, clothing lines and even its own tourist attraction: Peppa Pig World.

"Children watching Peppa Pig are at an impressionable age," the creators of the petition wrote, adding, "Excluding same-sex families will teach them that only families with either a single parent or two parents of different sexes are normal.

This means that children of same-sex parents may feel alienated by Peppa Pig, and that other children may be more likely to bully them, simply through ignorance. Peppa Pig is not just for entertainment, children are inevitably learning from it too."

Peppa Pig is however not the first kids show to introduce lgbtq couples. Other shows which have featured same-sex couples include US cartoon show Arthur which is also aimed at four to eight-year-olds, Adventure Time and Steven Universe and The Loud House.

The Loud House which aired on Nickelodeon was however banned in Kenya by the Kenya Film and Classification Board according to DSTV.

Brendah Jons-I am no longer a lesbian

The Bold network CEO led the peaceful demonstrations with their goal to  to petition the directive.
Entertainment
8 months ago
WATCH: For the latest videos on entertainment stories