Ivy and Willis shared the news on their social media platforms 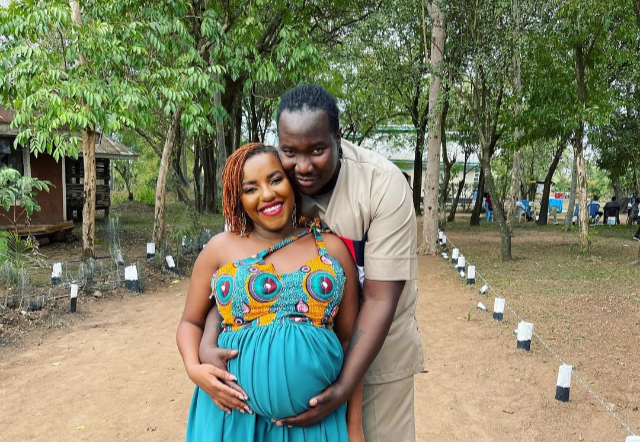 Renowned media personality Willis Raburu and his fiancé Ivy Namu have announced to their online family that their bundle of joy is here.

"A queen birthed a queen."

"His ways are higher than my own," he added.

"My daughter is here, safe & sound. She is beautiful & God is so good."

"His kingdom stands above every power," she announced. 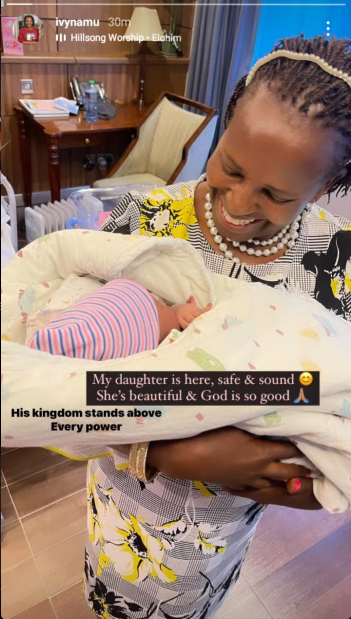 It all started as a rumor that the two were expecting their second child.

Some time back Ivy addressed the rumors in a Q&A session as she asked her fans to stop pressuring people when to reveal pregnancy news.

"This question is very funny and not in a good way. With all the factors surrounding pregnancy, surely, it should be up-to to the peeps involved to share the news at their own time," she said.

"I don't know why I find it impolite to ask such personal questions," Ivy added.

A month later, Willis broke the expectancy news as he said,

A few days ago, the mother of two celebrated her baby shower on her last IG post as she noted;

"Scenes from my Baby Shower😊 I had such a lovely day with my peeps & I don’t take it for granted. My kids are surrounded by so much love & light & I couldn’t be happier,"

"Aww, what a beautiful day 🔥 we thank the Lord!" Willis Raburu responded.

Willis Raburu has said that he was required to have a gastric bypass weight loss surgery for the sake of his health.
Entertainment
1 month ago

Willis and Ivy had invited family and friends to celebrate their sons first birthday party when Willis surprised them with the proposal
Entertainment
2 months ago
WATCH: For the latest videos on entertainment stories